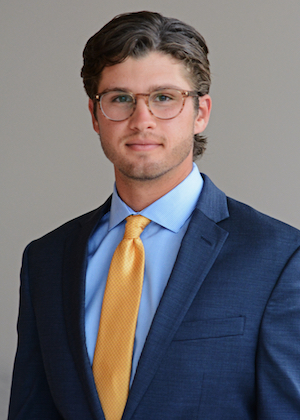 Davis Soderberg is a Research Associate for the Free Enterprise Project at the National Center for Public Policy Research. Prior to joining the National Center, Davis worked at Royer Caramanis PLC in Charlottesville, VA, in the Office of Congressman Darin LaHood, and on the Eric Greitens for Missouri Governor Campaign.

Davis is a graduate of George Mason University in Fairfax, VA, where he received a Bachelor of Science in Government and International Politics and played four seasons on the school’s NCAA Division I men’s golf team.

Davis graduated as a recipient of the Peter N. Stearns Provost Scholar Athlete Award, a Dean’s List Member, and a four time Atlantic 10 Conference Honor Roll Member. He was inducted into the St. Charles Missouri County Sports Hall of Fame in 2016.

Davis was born in Madison, WI and raised in St. Louis, MO.

Hard Work, Competition and Self-Reliance: Martyrs in the Quest for Equity (May 2021)

The Race for Most Ignorant CEO in America (May 2021)

The Revolving Door Is Only Spinning Left Now (April 2021)

Yes, There Is a Crisis at the Border. Yes, the Biden Administration Is Responsible. (March 2021)

An Escape Route From The Liberal Campus Mousetrap (February 2021)

Untangling Corporate Wokeism: A Review of “The Dictatorship of Woke Capital” (February 2021)

College Education: The Art of Indoctrinating Students to Leftism (December 2020)

The Evil Trade-Off: Freedom for Security Amid the COVID-19 Crisis (December 2020)

Hypocrisy at Its Finest: The Left Poses as Democracy’s Watchdog (December 2020)