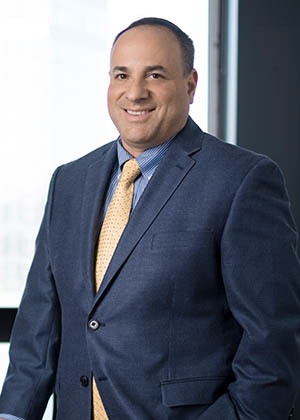 Jeff Stier is a former Senior Fellow at the National Center for Public Policy Research in Washington, D.C., where he headed its Risk Analysis Division until 2017. Mr. Stier frequently addresses domestic policy issues in the media, including on CNN, FoxNews, Al Jazeera America and CNBC, among others. He’s a guest on over 100 radio shows a year, including on NPR and other nationally syndicated radio shows, as well as top-rated major market shows.

Mr. Stier has testified at FDA scientific meetings, met with members of Congress and their staff about science policy, and has testified and submitted testimony to state and local government legislative hearings.

Mr. Stier worked both in the office of the Mayor and in the Corporation Counsel’s office in the Giuliani administration in New York City. His responsibilities included planning environmental agency programs, legal analysis of proposed legislation, and health policy.

Mr. Stier is Chairman of the board of the Jewish International Connection, NY. While earning his law degree at the Benjamin N. Cardozo School of Law, Mr. Stier served two terms as Editor-In-Chief of the Cardozo Law Forum.

Mr. Stier’s tweets can be read on Twitter at @JeffAStier.

On CNBC’s “Power Lunch,” Stier discusses the link between cell phones and cancer in rats (May 2016)

On Thom Hartmann’s radio show, Stier discusses the FDA ban on e-cigarettes (May 2016)

On Canada’s Sun News, Stier criticizes a blogger’s call for kids under the age of 12 to be banned from using electronic devices (March 2014)

On KABC-TV, Stier defends e-cigarettes as tools that can help smokers quit (February 2014)

On “Loos Tales,” Stier discusses whether it should be mandatory to label genetically-modified foods (January 2014)

Stier testifies about e-cigarettes before the NYC Council (December 2013)

On Fox5-New York,” Stier discusses Mayor Bloomberg’s failure to lead in the fight against West Nile virus in NYC (September 2012)

On NPR’s “Tell Me More,” Stier analyzes the role of the U.S. Surgeon General (September 2011)