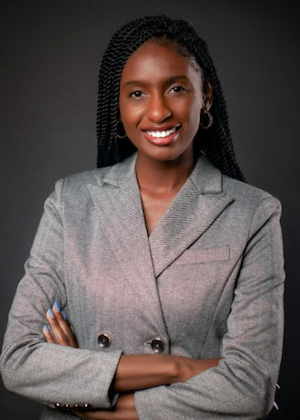 Project 21 member Patrina Mosley is the founder and principal at PPM Consulting, LLC, where she guides organizations, campaigns and policymakers in elevating women’s dignity issues with a special focus on the African-American community.

Patrina is a speaker, author and advocate on the issues of the right to life, combatting sexual exploitation, faith and the black family. Her commentary has been featured in the New York Times, The Washington Post, Washington Examiner, The Hill, The Washington Times, Townhall, The Federalist, The Daily Signal, World Magazine, LifeSite News, Live Action News, The Christian Post and more. In total, she has authored over 90 published policy papers, reports and articles.

Patrina’s sought-after expertise has placed her before multiple state legislatures and the U.S. Senate Judiciary Committee, and as an appointed advisor in the United States Agency for International Development. She has had the privilege of serving in various leadership roles at the National Center on Sexual Exploitation, Concerned Women for America and the Family Research Council. Patrina sits on the advisory board of Human Coalition Action and is a contributing author to Choose Life: Answering Key Claims of Abortion Defenders with Compassion (Moody Publishers, 2022).

Patrina is a graduate of Liberty University with a Bachelor of Science in Religion with a specialization in Biblical Studies and a Master’s in Public Policy.

USAID Tells UN That Abortion Is Not “Humanitarian Aid” (May 2020)

The Equal Rights Amendment Is a Fraud Using Women as the Prop (Feb. 2020)

Abortion And Sex-Trafficking Are Undeniably Linked Abuses Against Women (Jan. 2020)

Planned Parenthood Is Not Pro-Woman (2018)