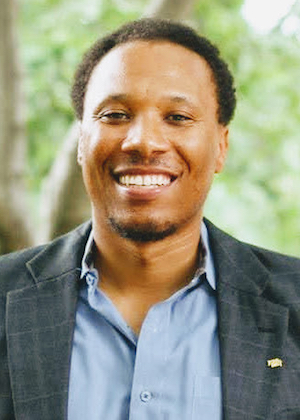 Steven hosts the Facts, Opinions and Rants podcast, in which he focuses on the integration of faith and public policy on a range of issues from the impact of COVID-19 on the church to Critical Race Theory.

School choice is growing in popularity among black and Hispanic Americans in part due to advocates like Steven, who made school choice a centerpiece of his campaign when he ran for the Fairfax County School Board in Northern Virginia in 2019. Steven believes that parents, not zip codes, should determine where and how their students are educated. Steven has also served on local northern Virginia political campaigns as a prayer leader and campaign manager.

As a decade-long college educator and administrator at Northern Virginia Community College and Liberty University, Steven knows firsthand that mentorship programs and restorative practices can have a positive impact on student success and bridging the achievement gap, particularly for black males.

As a husband and the product of a two-parent home. Steven advocates for the “Success Sequence” as the best poverty-breaking tool known to man.

Steven is an ordained Baptist reverend. His mission in life as a Christian speaker is to make disciples who live and think like Jesus and who impact people and policy for the glory of God.

On the Chuck Woolery Podcasts: PodcastOne: The Racist History of Planned Parenthood – an Interview with Steven Mosley (June 2022)