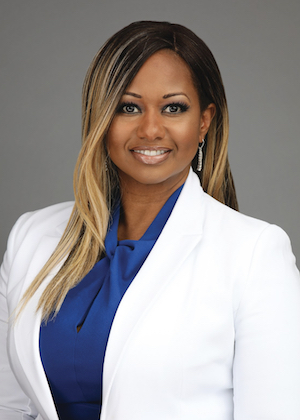 Tiffanie A. Ditlevson is an entrepreneur, community leader and real estate professional in Fishers, Indiana. In her current role she focuses on improving both the lives of her clients and community.

Tiffanie earned her undergraduate degree and U.S. Air Force Reserve Officer Training Commission at the University of North Carolina in Chapel Hill; she is an active-duty Air Force veteran. During her time on active duty, Tiffanie served as a college scholarship candidate recruiter and officer recruiter in mid to southern Alabama (finished #1 in the nation), Combat Support Flight Commander, and an Executive Officer. After 9/11, Major Ditlevson deployed for six months in support of the Global War on Terror. In theater, she served as the Services Squadron Commander and directed the full support to military forces in the absence of ground combat. Tiffanie is also a disabled military veteran, suffering from lung conditions caused by toxic exposure.

After military service, Tiffanie worked in pharmaceutical and healthcare industry marketing and completed an MBA at Indiana Wesleyan University. She is currently a contributor to Project 21, a member of the American Enterprise Institute Leadership Network, an Indiana Leadership Fellow, Co-Chair for the Fishers Republican Club, Graduate of the Richard G. Lugar Excellence in Public Service Series and a Graduate of the Indiana Diversity Leadership Series. She serves on the Hamilton East Public Library Board of Trustees, The City of Fishers Armed Forces Commission, The Indiana USO Board and is Vice-President of Catholic Charities of Indianapolis’ Agency Council.

In 2020, Tiffanie was a Republican Candidate for Indiana State Senate, District 31. Though she did not win the caucus, her platform of Prosperity, Safety, and Love resonated in a district that included inner city Indianapolis and the affluent suburbs in Hamilton County. Since then, Tiffanie was appointed the co-chair of the Fishers Republican Club, contributes to a weekly internet show focused on political civil discourse and is known as a “rising star” in the local Republican Party.

Her proudest accomplishment is raising her 21 year old daughter Micayla, who is a Senior at IU Bloomington.