In 2020, black Americans overwhelmingly voted for President Joe Biden in hopes that he would push policies that would address the growing and diverse needs of their community. Eighteen months into President Biden’s term, blacks are more than a little disappointed. Rather than the centrist pro-growth and anti-crime policies they’d been promised, blacks have found that their personal situation in large part is worse than it was before Biden became president.

And racism isn’t the issue. Instead, crippling government policy is the real barrier for blacks today.

Over the last year, the national debate has focused far more on the interests of eco and woke warriors, rather than kitchen table issues like job creation and lower energy costs. The Biden administration has pushed expanding the safety net, enshrining critical race theory (CRT) in the military, eco-alarmism and abandoning America’s southern border.

Blacks aren’t just ignored by today’s priorities; they are harmed.

Inflation, crime in their neighborhoods, elevated energy prices and woke public and private schooling undermine the social and economic mobility of blacks and tragically perpetuate poverty, trapping many blacks and consequently fomenting anger towards the American experiment.

Project 21, a network of black leaders from across the nation, has identified eight key areas for reform. In this 2022 edition of the Blueprint for a Better Deal for Black America, Project 21 offers 56 concrete recommendations, all of which rely on the strengths of America – including values like faith, personal responsibility and free markets. If adopted, these would ensure that blacks reach their full potential and that the American Dream is attainable for all. 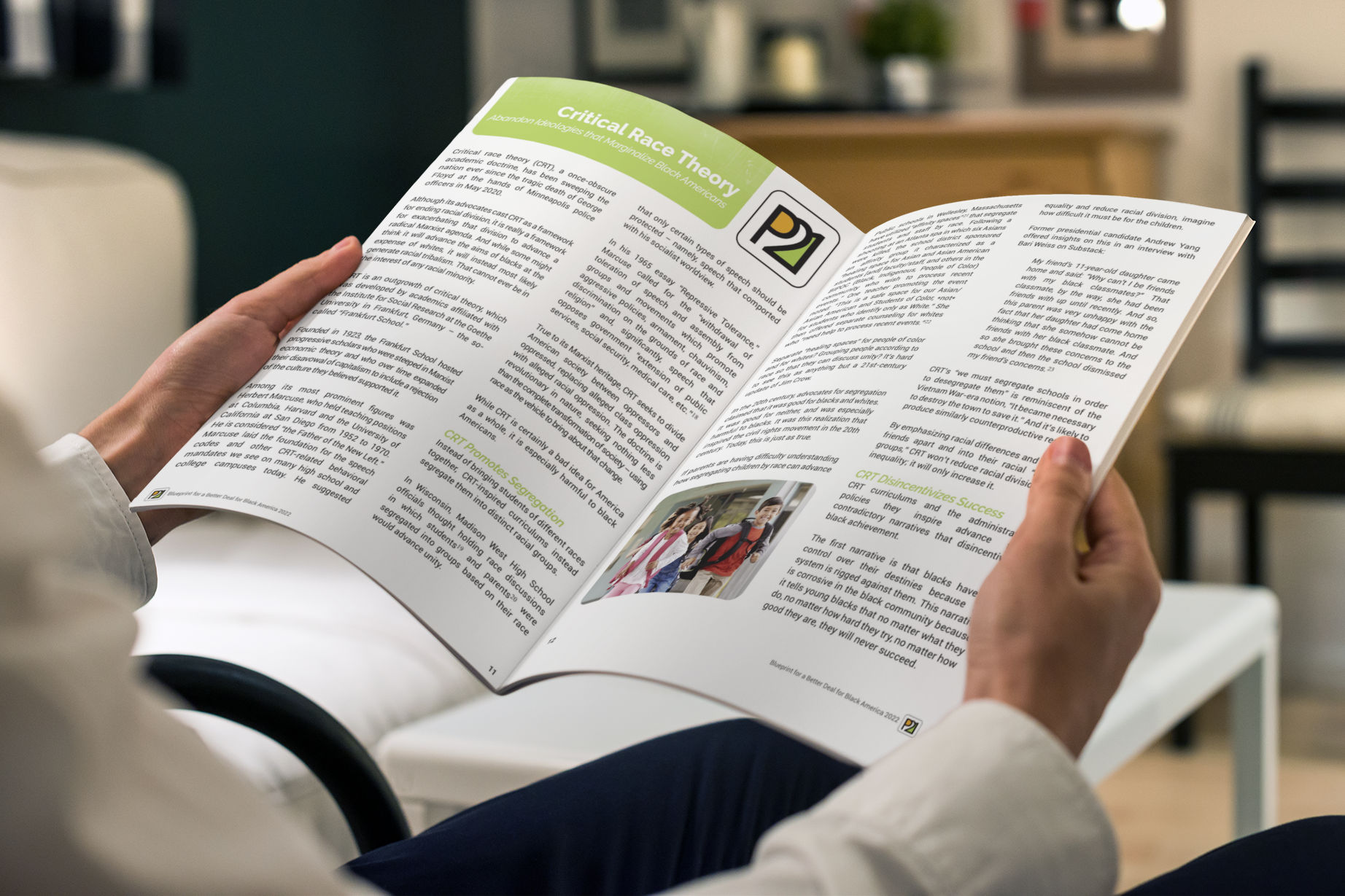 Be one of the first to read Project 21’s Blueprint. Sign up to recieve it by email. 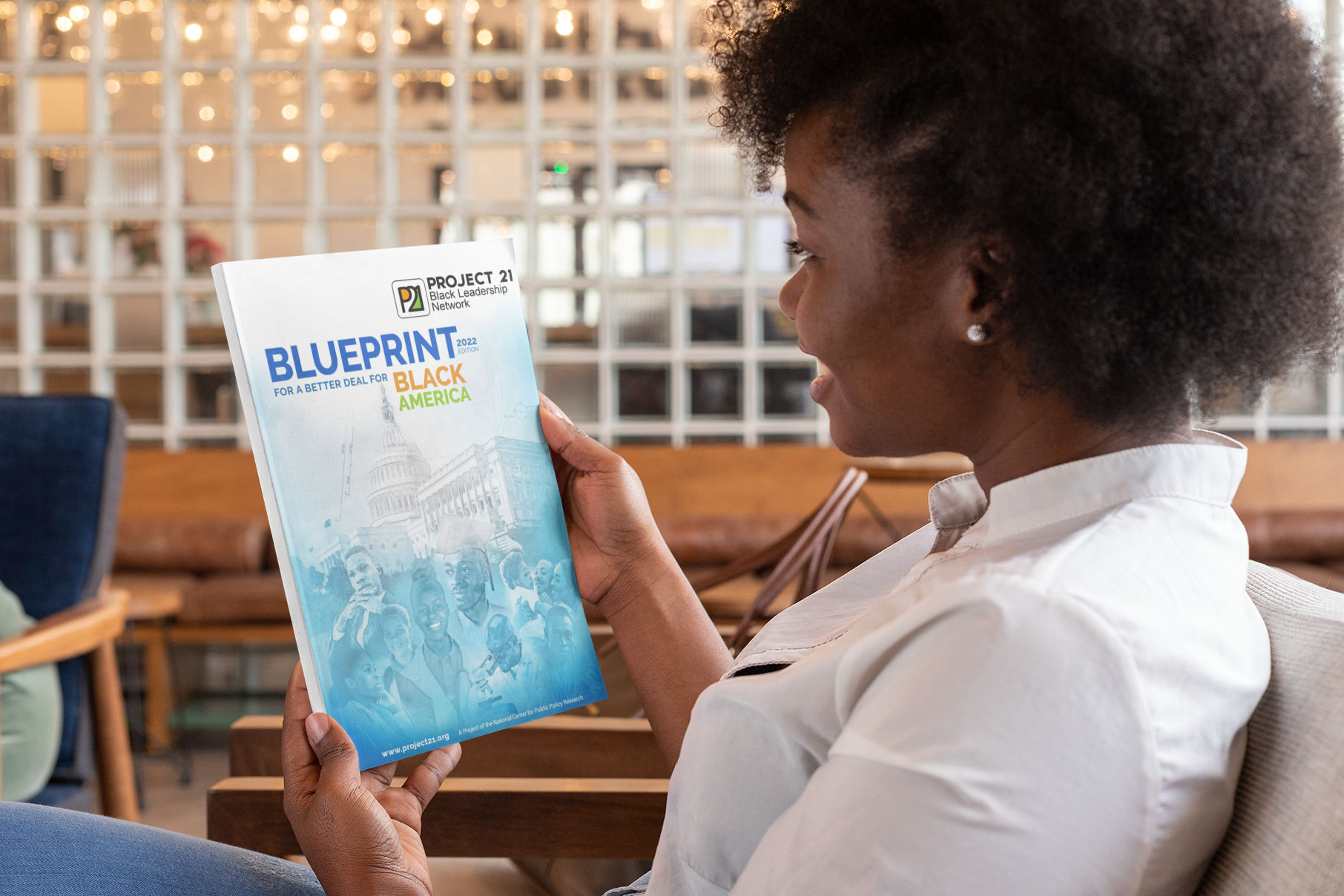 Employment: Revive employment opportunities for blacks by abolishing the Davis-Bacon Act, blocking vaccine mandates, ending the war on the “gig economy” and not taxing young adults before they graduate.