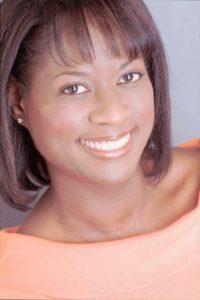 With his knee-jerk criticism of those attending Glenn Beck’s recent “Restoring Honor” rally, NAACP president Ben Jealous showed what his once-venerable group has become — a progressive front masquerading as a civil rights organization.

In an interview with Eyeblast.tv, Jealous — who was demonstrating with Al Sharpton at a location not far from Beck’s event at the Lincoln Memorial — said, “I have a feeling if somebody stood up and read Dr. King’s speech to that crowd, they would not get applause.”

Jealous’ remark insinuates that the predominately-white crowd would not cheer for Dr. King’s message because he was black. It’s typical of the NAACP’s race-card assault on the Tea Party movement. But segments of the speech were played, and it was applauded. Too bad no one from the NAACP was there to catch it. Therein lies the problem.

The NAACP has increasingly used false claims of racism in a desperate attempt to maintain relevance.

While the NAACP seemingly tries to turn back the clock on the perception of civil rights progress, Americans who believe in the content of one’s character are moving forward.

Unfortunately, for the NAACP, facts are stubborn.

Take for example, the speech at the Beck rally by MLK’s niece, Dr. Alveda King. She said that, if her uncle was at the rally, he “would encourage us to set aside the divisive lies that cause us to think that we are members of separate races.” She added: “We are one human family.” It was a comment that received loud applause and cheers.

The Rev. C.L. Jackson of Pleasant Grove Baptist Church in Texas was the recipient of the “Restoring Honor” event’s Merit Award for Faith, one of three merit awards presented for Faith, Hope and Charity. He also received an enthusiastic crowd response.

Being a black conservative in the Beck crowd, I received an enthusiastic and warm reception as well. I was given words of encouragement and appreciation for being there, and some who recognized me from my television interviews asked to pose for photos with me. Personally, it was especially gratifying for me to feel such a positive response and I took great pride in talking with my fellow patriots.

Feedback isn’t always so encouraging among the black political establishment and its followers.

Like many black conservatives, I am often called a “token,” “traitor” and “sell out” simply because of my views for limited government and personal responsibility.

Ironically, the NAACP’s support of civil rights does not seem to apply to black conservatives.

During a panel discussion on Fox News Channel’s “Geraldo At Large” about race and politics with NAACP senior vice president Hilary Shelton, I asked Shelton if the organization would issue a statement condemning those who expose me to politically-motivated racial abuse. Shelton’s response was, “Why, yes, ma’am… Just give us some details… The very broad answer is… yes, we repudiate anybody calling you a bad name in the political arena.”

As requested, a letter was delivered to Shelton’s office on July 28, chronicling some of the racist statements made against me and other Project 21 members. To date, there has not been a response from Shelton or anyone else at the NAACP.

That I got an overwhelmingly positive response from tea party supporters and the silent treatment from the NAACP is telling. The civil rights establishment appears to have jettisoned equal rights for political gain.

It’s too bad Jealous missed Beck’s “Restoring Honor” event. Had he attended, Jealous would not have been able to ignore the warm reception that blacks received on stage and the overarching message that restoring honor in America starts with God.

Beck’s message to Americans is that it’s the responsibility of every individual to make our country a better place, and that God put us here for a special purpose.

The principles exhibited by our Founding Fathers and the honor and mighty courage of our military personnel provide a course toward liberty. Americans should search within themselves to determine what their talents are and how they can be applied toward restoring honor and integrity for the sake of our country.

Putting aside politics in favor of our founding principles might jeopardize the progressive agenda Jealous supports.

Our rights come from God — not man. Progressives, however, want to replace God with government.

Judging by the hundreds of thousands of Americans at the Lincoln Memorial in the sweltering August heat, this simply will not happen — not on our watch.

Deneen Borelli is a fellow for the Project 21 black leadership network and a Fox News Channel contributor. This column first appeared at FoxNews.com. Comments may be sent to [email protected].