Project 21 members sounded off on last night’s State of the Union Address by President Barack Obama.

Here are some additional comments on the speech.

In listening to Obama’s speech last night, it’s obvious that, he and I do not share common dreams and common hopes.  I’d hoped that, for instance, when Obama said that a government shouldn’t spend more than it takes in, he was speaking about fiscal discipline.  Instead, it seemed he was simply talking about taking more money from our pockets.  When Obama says millionaires should give up their tax cuts and that we cannot afford to give tax breaks to the top two percent of Americans, it says to me that he feels the government is entitled to impound the income of the hardworking wealthy — regardless of its impact on our competitiveness and job creation.

Obama has probably the most dangerous rhetoric of all: empty.  His repetitive talk of achievement and innovation, without a willingness to promote the initiatives that lead to America’s success in these areas means that — as usual — he is all talk.  Not once in his speech did he really concede that his health care plan is dragging down the economy.  Not once did he mention the necessity for us to keep up oil drilling initiatives as the world looks for greener energy sources.  And again he sought to mislead Americans by dishonestly speaking of his “tax cuts” which were little more than keeping the tax rate under George W.Bush.  Frankly, Obama has shown he will continue to ignore the will of the people while only paying casual lip service to their concerns. 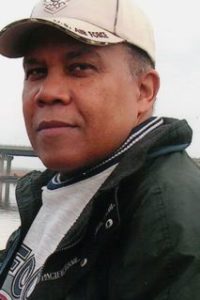 I give President Obama’s second State of the Union Address a five on a scale of one to 10.  Just like the seating last night in the audience, it was a political mix.  There was progressive rhetoric about taxing the rich, but occasionally a bone or two for the House Republicans in the form of noncommittal talk about tort reform and lowering corporate tax rates.  Indeed, I came away even less confident in Obama’s leadership than before his speech.

In my personal opinion, this was a very weak speech.  As expected, President Obama proposed all sorts of new programs, yet only offered a very slim vision of how to pay for them.  We can dream of doing big things… when we have the money to do them.  Right now, our government is broke.  When will government start living within its means?

Government needs to get out of the way and stop treating the American people like pawns on a chessboard.  Stop seizing control of American success.  We are in this crisis because two governmental entities — Freddie Mac and Fannie Mae — created an artificial economy in our real estate market.  And we have stayed in this financial crisis because government continues to think it has the solution.

Furthermore, with vast untapped energy resources available in our own country, the President wants to continue to pursue his quixotic radical environmentalism. University studies will not produce the energy we need now to lower fuel prices and spur the economy.  Nor has he sought to stop drilling in other countries — only here in the United States.

The only thing he made clear last night that he has already started to run for office again.  To me, it was more a campaign speech than a State of the Union Address.