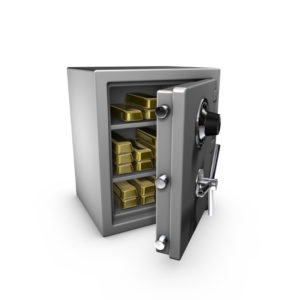 Attorney General Eric Holder is scheduled to speak about voting rights issues on December 13 at the Lyndon Baines Johnson Presidential Library and Museum in Austin, Texas.

In his choice of the Johnson Presidential Library, Holder is obviously using the former president’s legacy of having signed the Voting Rights Act into law as a historical backdrop for his remarks.  What’s not clear is if Holder’s words will steer more toward the lofty goals of the law Johnson signed or do more to promote the type of political machinations evident in Johnson’s political career.

In an interview with the Washington Post, Holder tipped his hand a bit to the notion that his comments will go in the latter direction.  Seeming to prefer quantity over quality, Holder said: “We are a better nation now than we were because more people are involved in the electoral process.”  As far as protecting that process, Holder seemed to downplay any concern about ballot integrity, saying: “You constantly hear about voter fraud… but you don’t see huge amounts of vote fraud out there.”

Never mind the fact that Mississippi NAACP leader Lessadolla Sowers was recently sentenced to 50 years in prison for vote fraud, that the now-defunct ACORN recently received the maximum fine possible for vote fraud by a Nevada judge or that Holder’s own Justice Department is accused of making a sweetheart settlement with members of the New Black Panther Party who were accused of voter intimidation in Philadelphia on Election Day 2008.

It would appear that Holder is siding with the NAACP and other left-wing special interest groups who marched in New York City last weekend, claiming that new laws enacted and under consideration at the state level are akin to poll taxes and other Jim Crow-era barriers to voting.  To them, it appears easier to register, educate and get someone to the polls than it is to guarantee that they obtain the proper identification to ensure no one is effectively stealing votes.

So, while they fear someone who has not taken enough care to abide by the law may be forced to sign a provisional ballot or obtain the necessary identification in order to vote, they are less concerned that legal voters may find their votes cancelled out by those who would misrepresent themselves at the polls. 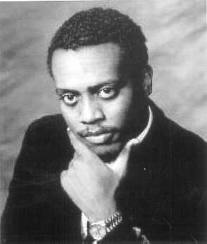 When one walks into a bank seeking to make a transaction, certain documents must be forthcoming from the customer in order for the transaction to go through.  Otherwise, how can the bank be sure of whether the customer is who they say they are?

It would be considered lunacy and utterly irresponsible — not to mention criminal — for the teller to just hand out funds and information to someone just because they say they are the person whose name appears on the account.  After all, what proof is there that this person is being truthful?

You can’t have a banking system based on the honor system.  We have rules in place to prevent such monumental fraud from being in practice, and no thinking person would claim a racial motive for wanting to make sure people coming in to our banks have the right to be performing such transactions.

We rightfully expect anyone — regardless of race — to play by these rules.

How, then, are we supposed to believe that the same principles applied to voting is somehow fascistic and bigoted?  If minorities do their banking by the same rules as everyone else, how is it racist to enforce them proving they are who they say they are in order to prevent them being defrauded out of their vote as out of their money?

The real racists are those who claim that enforcing voting ID laws hurt minorities as if we of all people live outside the system that all Americans live under for our own protection.  Critics of ballot integrity protections don’t have a leg to stand on.