Arguments have begun in a trial that pits some students and alumni of historically black colleges and universities (HBCUs) in the state of Maryland against that state’s educational system.

The plaintiffs complain that Maryland education officials haven’t set aside the state’s HBCUs for specific and separate treatment to make up for past segregation.

Plaintiffs in the case say that state officials have not “honor[ed] their obligations” under a 2000 agreement meant to “enhance” Maryland’s HBCUs — Bowie State, Morgan State, Coppin State and University of Maryland Eastern Shore — by showing them favoritism in areas such as funding for educational programs and building projects.  In their defense, state officials say that funding for Free State HBCUs did rise by seven percent between 2001 and 2006 while comparable institutions such as the University of Maryland Baltimore County and Towson University — schools receiving national distinction for increasing minority graduation rates — reportedly rose by only two percent.

While the HBCU plaintiffs want favoritism in funding and restrictions on other schools’ offerings to enhance their schools’ “program uniqueness and institutional identity,” former Towson president Robert Caret once said that those complaining “have to realize that they are in a capitalistic society, and at some point they need to be working with these programs to make them competitive.”

There’s no denying that Maryland’s higher education system was once largely segregated, but showing favoritism to HBCUs now is not going to level any playing fields or atone for any past sins. 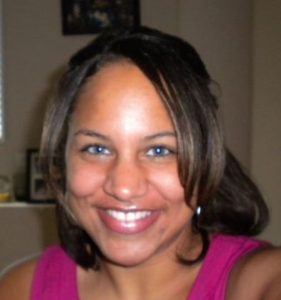 Project 21 spokeswoman Shelby Emmett, a Maryland taxpayer, thinks institutions should rise and fall on their merits — and not the racial content of their student bodies or their history.  She also suggests that black high schoolers are proving Caret correct and choosing other institutions because HBCUs just aren’t the place for them anymore.

I attended Michigan State University, the first land grant college and a university that never barred blacks from attending.  In fact, MSU admitted one of the first black women outside of a historically black college way back in the 1800s.

When I chose to not attend a historically black college, I didn’t have anything against them.  I was focused on what I wanted for my career and my interest.  MSU was that school.

The black students in Maryland are doing the same thing.  Although Maryland has many historically black colleges and universities, it appears that black students are increasingly choosing not to attend them.  And they are likely making their decisions based on their areas of study, finances and what type of campus works for them best.

Although it is important to ensure minorities have access to education, there is absolutely no reason why these institutions should receive favoritism in state funding over other universities.  The free market is working: minority students are choosing to attend University of Maryland instead of choosing to attend historically-black Bowie State.  Isn’t this what the civil rights movement was about? Isn’t it a victory that minority students can choose where to go to school based on the merits instead of not having the opportunity to go to school at all (or forced to go to a specific institution based on their color)?

HBCUs are wonderful, but so are non-historically black colleges.  If Bowie State or other HBCUs want to increase their funding and enrollment, they better get used to a world where black students have a choice and they must learn to cater to the current generation.

Bowie State and the other HBCUs would be better off creating competitive programs and lowering tuition rates to attract more students instead of expecting the Maryland taxpayer to help them out.

Sadly, however, it once again seems that the policy position of race-centered entities is on victimization and not equal opportunity.  Maybe being labeled a “black university” is the problem, because black students — like white students — want to attend a school renowned for its academics and the opportunities and not almost exclusively because of color.

How long do we have to pander to the bygone mentality of the civil rights generation?  How long until we expect all schools — regardless of history — to stand on their own two feet?

It seems the real aim of the Maryland HBCUs is protection from competition.  But this won’t help black students.  If these Bowie State or Coppin State administrators believe their product is just as good as the University of Maryland’s, then show it.  To safeguard them from competition is the equivalent of passing minority students to make them feel better about themselves — it helps no one and hurts everyone.

Maybe it isn’t past discrimination that is hurting HBCUs.  Maybe it is just a new day, a new time and they are irrelevant.  Maybe — just maybe — it is time to let go of race-based institutions and simply let students compete for the best education for the best price for what they want to do with their lives.

Now there’s a novel idea: treating blacks and whites the same and expecting schools to follow suit.  It is time for the bigotry of low expectations to end and it is time HBCUs in Maryland understand that black students have a right to choose like anyone else.  If they want to survive, they better make it worth these students time and money.  Color has nothing to do with it.

If these HBCUs provide good programs and their graduates find jobs, then the school will earn more money.  If they don’t, they won’t.  Don’t black students have the right to NOT attend black institutions, or is government supposed to keep funding them just because of the sins of the past?

How much more funding are black institutions supposed to get just because they are “historically black?”  Shouldn’t these schools be treated equally to all institutions and cater to the student instead of catering to a victim label?