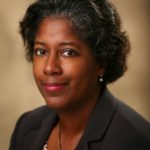 Before the liberals rammed through ObamaCare, conservatives in Congress proposed health care reform that didn’t go through.

Senator Richard Burr (R-NC) said “The Patients’ Choice Act” would “finally enable Americans to own their health care instead of being trapped in the current system, which leaves people either uninsured, dependent on their employer, or forced into a government program.”

What Burr and other conservative lawmakers fail to recognize is that our health care system fundamentally favors the interests of the pharmaceutical industry, large hospitals, the American Medical Association and insurers. It doesn’t represent the interests of doctors or patients.

How could it be representative when the voices of corporate entities are prominent in the form of lobbyists, campaign donations and conflicts of interest that encourage lawmakers to place their financial interests above good policy?

Under the guise of health care reform, liberals want to control individuals by controlling access to health care. They seek a government-controlled grid that micromanages access to care and choice.

There is no serious proposal to provide a real alternative to ObamaCare. There also seems to have been no attempt to ask the only group who really understands the problems with our health care system — independent practicing physicians.

The doctor has been made the scapegoat for skyrocketing health care costs, but the medical industry is responsible for our broken system. A complex network of corporate middlemen work tirelessly to find ways to skim profits and shift costs to patients. They accomplish this by rationing care to patients through pre-certifications, increased premiums and outright denials. They have also made it difficult for physicians to remain in business by decreasing their reimbursements through bundling, lowering fees, recovery audits to claw back reimbursements and denying payments after services were rendered.

Government rules and regulations encourage and reward this behavior, ensuring that doctors and patients continue to feed a beast and maintain a system based on the management of chronic disease instead of true prevention.

This is a recipe that ensures that, although we spend more on health care, we still get sicker.

If lawmakers are serious about health care reform, they must act quickly now that the Supreme Court allowed ObamaCare to remain largely intact. Remove mandates and regulations that don’t improve health care, and get rid of what actually caused the health care breakdown:

• Reform the Emergency Medical Treatment and Active Labor Act — an unfunded mandate requiring hospital emergency rooms to treat everyone regardless of their ability to pay. This causes hospitals to pass along costs to other patients. Let emergency rooms triage patients, sending non-emergencies such as earwax removal to outpatient offices or clinics.

• Require that drug-dispensing pharmacy benefit management companies be separate from insurance companies to avoid collusion that can manipulate medication formulary and put profits ahead of effectiveness.

• Restrict unfair trade practices of large retail pharmacy chains that align with insurance companies as the “preferred” pharmacy for their members. This cuts out independent pharmacies and destroys honest competition.

• Keep hospitals from “double-dipping” when they receive government payments to treat indigent patients while charging others higher fees to “recoup their costs” for treating indigent patients. Instead, bundle hospital fees into a single payment based on patient diseases or surgical procedures.

• Change the tax code to allow physicians to write off delinquent bills as bad debt. This would alleviate the need for collection agencies and remove health care costs as a cause of bankruptcy. It also encourages gratis medical care because physicians will be able to afford to offer it.

It is only by overhauling the health care system to make it a level playing field that we will begin to truly lower the costs while improving access, encouraging innovation and changing it from a system that is disease-driven to one based on wellness and prevention.

It will not happen, however, if we try appeasement — as Speaker Boehner proposed by keeping parts of ObamaCare. Health care will only be what we want it to be if it is in a free-market system based on choice and competition.

Dr. Elaina George, a member of the national advisory council of the Project 21 black leadership network, is a board-certified otolaryngologist and host of a weekly talk radio show, “Medicine On Call,” that explores health issues and the politics of medicine. Comments may be sent to [email protected].