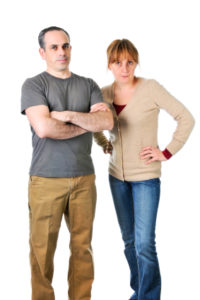 There are some silly parents in New York City who actually think they should have the power to make decisions regarding their own minor children.  Don’t they know that it’s the job of the mayor to take care of them?

Parents in the Big Apple are outraged that the Bloomberg Administration is allowing students in government-run schools as young as 14 to obtain birth control drugs — including Plan B, the “morning after pill” — without parental notification.

Since the beginning of 2011, the Connecting Adolescents to Comprehensive Healthcare program, or CATCH, doles out contraceptives to students in allegedly high-risk zones for unwanted teen pregnancy (currently, there are a lucky 13 schools involved in the birth care giveaway).  Based on the statistic that there are over 6,000 unplanned pregnancies among girls in New York under the age of 17 annually, the CATCH program uses money from city coffers to pay for condoms, birth control shots and pills and the Plan B abortifacient.

While parents can allegedly have their children exempted from the CATCH programs birth control entitlement, Mona Davids — president of the New York Parents Union — told CNN that “most parents [she’s] spoken to” say they do not remember getting an opt-out letter from either the city’s health department or the school system.

While city officials appear smug about the one- to two-percent reported opt-out rate, Davids says the city schools have an overall “very poor outreach to parents.”

With the CATCH program now receiving criticism for handing out these potentially dangerous drugs to students in an era when dispensing or possession of less harmful medicines such as aspirincanleadtoseverepenalties in some schools, Mayor Michael Bloomberg jumped before media microphones to tell parents why he feels he is better to choose for their children.

Despite the fact that teen pregnancy has been in decline for some time — 25 percent over the last decade, before CATCH was helping out — Bloomberg said: “There [are] still an awful lot of girls who get pregnant at an early age.”  He apparently has the proper amount all figured out. 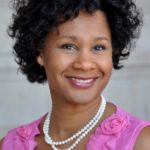 Bloomberg thinks he’s an expert on obesity — having curbed the use of trans-fats in restaurants and prohibited the sale of larger sugary drinks in some restaurants and other venues.  Lately, he’s acted as an expert on breastfeeding — going so far as to essentially ban formula in New York City hospitals in an effort to encourage new moms to breastfeed.

Yet another controversial program has come out of the mayor’s office — Connecting Adolescents to Comprehensive Healthcare (CATCH) — is one of its kind in the nation specifically designed to target teen pregnancy by giving public school students access to birth control and abortifacients.

Although we can all agree that curbing the teen pregnancy rates is a laudable goal, providing teenagers as young as 14 years old access with Plan B, the morning after pill, without parental consent is simply a bad idea.

As the mother of two children, I find it curious that New York City schools can provide middle school-aged students with emergency contraception, but getting aspirin is questionable.  It’s interesting that it’s “yes” on Plan B but “no” on Advil or Tylenol.

These children are far too young to make such an important decision like this by themselves without parental involvement.  Moreover, there are moral, emotional and health implications at play that I would think a child would need guidance from her parents in order to make an informed decision.

Teenage pregnancy is a problem in our country, but I do not agree that Nanny Bloomberg’s birth control benefit is a solution to the problem.

According to government measurements, 428,000 jobs were created in April. But 353,000 Americans left the workforce. It’s not a good …
Read More