ConservativeBlog.org
Posted at 09:38h in Blog, Project 21 by David Almasi

Project 21 member Derryck Green, a doctoral divinity student, talks about celebrations of faith during the Christmas season, how faith factors into the post-Newtown healing process and the irrelevance of atheists and their angry interference in the grand scheme of things.

It’s the time of year when belligerent atheists corral their fellow freethinkers together in an attempt to legally prevent and disrupt the displays of the Nativity wherever possible.

Wherever innocent and usually welcomed Nativity scenes are found, there’s usually a bitter atheist suing local authorities because the public display of the baby Jesus in a manger is offensive to their irreligious sensibilities.

And, to the shock of decreasing numbers of people, the atheist position seems to be gaining credibility and popularity.

But notice this atheist uprising is pretty much the only time of the year – for now – that the angry atheists make their presence known on a large scale.  I have seen a few atheists plead their empty cases during the Easter season, but Christmas is traditionally when they’re the most aggressive.

Why?  After all, if atheism had any inherent worth, supporters would engage the wider culture about the merits of their belief system year-round rather than offending and insulting the devout once a year by putting their collective finger in the eye of believers.

It appears as if atheists simply endeavor to make those who revere the religious aspect of Christmas as miserable as they are.

Also notice that it’s only against the God as recognized and worshipped by Christians with whom these zealous atheists take issue.  They don’t seem to have the same anti-religious fervor during the Muslim observance of the Hajj or Ramadan.  It would seem that it is easier to bully those who employ “turn[ing] the other cheek” than it is to bully those whose followers include factions who advocate violent means of dealing with interfering infidels. 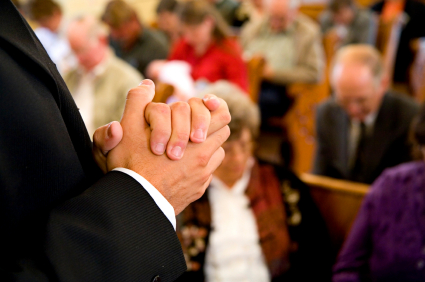 There’s something else to notice.  After 20 children and eight adults were recently massacred at the Sandy Hook Elementary School in Newtown Connecticut the media, social networking sphere and people in the Newtown area sent prayers to the victims, families of the victims and Newtown residents.  On Facebook and Twitter, for instance, people offered Bible verses in sincere and sympathetic efforts to provide comfort and understanding to those affected by what happened.  Stories were written about how clergy scrapped prepared sermons to discuss the tragedy and how suffering and evil affects faith and life.

Likewise, since that unspeakable tragedy in Newtown occurred, many religious leaders were interviewed by the media about the nature of God, suffering, evil and justice – and how we could make sense of everything.

Among those members of the clergy have been Catholic priests, rabbis and Jim Solomon – pastor of New Hope Community Church in Newtown, Connecticut.  The community – still in shock and struggling to understand what had happened – gathered that first Friday night after the tragedy for a prayer vigil at St. Rose of Lima Roman Catholic Church.  Several more vigils at local churches followed.

Despite all of the clerics who were interviewed and all the vigils held, there was no mention of any atheists, freethinkers or skeptics represented or invited.  Of all the vigils, none seemed to be held in non-descript buildings or devoid of religious or spiritual accoutrements.

There is good reason for this.

Atheism is an empty belief system that doesn’t offer its adherents comfort, hope or emotional solace when the world goes bad.  Atheism doesn’t provide a notion of divine justice, reward or punishment of Heaven or Hell for acts of goodness or overwhelming evil, respectively.  Christianity does.  Atheism simply… is.

This isn’t to say that there aren’t individual atheists who sympathize with those affected by the tragedy in Newtown or who identify with those who celebrate Christmas.  I know they exist because I know some of them.  But, as a belief system represented by those whose purpose is to offend, I find atheism a largely morally bankrupt and found wanting.

Psalm 46:1 says, “God is our refuge and strength, a very present help in trouble.”  Indeed, he is.

God bless the Christmas season and may He bless the city of Newtown, Connecticut.