Despite the official unemployment rate going down against slightly in January, there is absolutely nothing to celebrate.  A year into President Obama’s second term, the numbers behind the official figure shouldn’t excite anyone.

January jobless numbers from the federal Bureau of Labor Statistics put the official unemployment rate at 6.6 percent — a one-tenth of a percent decrease since December.  While this is a low for the Obama presidency, the BLS announcement qualifies the news that there was “little change” in the state of affairs for pretty much any demographic.

Only 113,000 jobs were created in January — much fewer than expected and certainly much less than needed to replace those normally leaving the workforce.

The labor force participation rate was an anemic 63 percent.

And things are not likely to get better at the rate things are going.  The latest report on ObamaCare from the non-partisan Congressional Budget Office predicts that the President’s signature takeover of American health care will destroy another 2.5 million jobs over the next decade.  Perhaps the opening round of those lost jobs is the announcement from Radio Shack this week that it will close at least 500 stores in the next few months.

Project 21 member Derryck Green, in his monthly “About Those Jobs Numbers…” report, takes a journey to Planet Progressive.  On Planet Progressive, all is fine despite the poor economic news — and Derryck doesn’t agree with the Obama Administration’s rosy opinion of its performance as it ends its fifth year in the driver’s seat of the American economy:

For those who suffered through President Obama’s State of the Union address last month, few should have been deceived into believing the pretty picture he painted regarding the state of our economy.  The attentive certainly were not.

Today’s jobless numbers prove that any skepticism was indeed well-founded.

That the economy is doing anything remotely positive and worth commending in this anemic, so-called recovery has more to do with the strength and resiliency of the American people and not because of the President’s stewardship.

In fact, the President’s supporters seem to revel in the potential expansion of a welfare state.

Today’s jobless report once again showed the continued drop in the unemployment rate isn’t the result of the economy making the progress that is desperately needed.  Rather, it seems to be the result of more Americans giving up hope and leaving the workforce.

However dishonestly the administration may attempt to spin the news, a deep dive into the statistics doesn’t lie.  Things are still bad.

The official unemployment rate, as reported by the Bureau of Labor Statistics, is 6.6 percent — down a tenth of a point since December.  But the press release that announced the drop said the overall situation created “little change.”

For the second month in a row, job creation fell far below expectations (113,000 jobs created in January).  The U-6 total unemployment rate, the one that includes the underemployed and the despondent who have quit looking altogether, is at an unbearably high 12.7 percent.  The very low labor force participation rate is at 63 percent — not a record, but close. 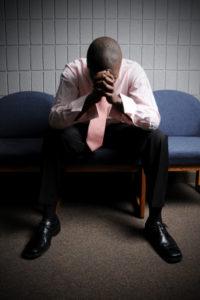 And black teenagers appear to be the hardest hit.  Their rate of joblessness rose from a high rate of 35 percent to an obscenely high rate of 38 percent.

All of this presents serious causes for concern about the economy now and effects on the future.  Sadly, the news concerning the economy continues to grow more worrisome.

The Congressional Budget Office recently released a report stating that unemployment remains historically high as a result of the slowest recovery following a recession since 1975.  Further, the report affirmed that, despite the projections of decreasing unemployment rates in the future, the labor force participation rate would likely continue to drop.

The report also stipulates that, as a result of the ObamaCare’s subsidized provisions — provisions that decline with increased income — people will inevitably determine there is a considerable financial incentive (in the form of subsidies in combination with the current marginal tax rates) to work less — if at all.

This, of course, negatively affects the labor force participation rate.

CBO analysts estimate that those responding to the incentive not to work could reflect the potential loss of upwards of 2.5 million jobs over the next ten years.  The report goes on to state that, though total employment will increase, it will do so at a slower rate as a result of ObamaCare’s adverse affects.

This job-loss projection doesn’t include the full impact of the employer mandate, which doesn’t go into effect until 2015.  Millions more jobs could be forfeited when employers calculate that penalties, layoffs and reducing employee hours are preferable to increasing their labor costs or simply going out of business.  As the CBO report states: “[T]he costs of the penalty eventually will be borne primarily by workers in the form of reductions in wages or other compensation…  Because the supply of labor is responsive to changes in compensation, the employer penalty will ultimately induce some workers to supply less labor.”

There may be two jobs created under ObamaCare, but they will likely be two people working 20 hours a week.  It helps employers stay under ObamaCare mandates and maintains individuals’ ObamaCare subsidies, but it’s going to devastate the American taxpayer.

In other words, ObamaCare is the job-killer many knew it to be and, over the next couple of years, that truth will be laid bare for the American people to see. 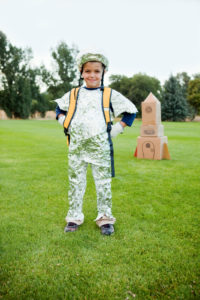 The response to all of this from liberal lawmakers and the White House and its allies has an expectedly cartoonish spin.  It serves as more indication that they really aren’t taking the poor economic situation seriously.

This was seen in the comments of Representative Chris Van Hollen (D-MD), a high-ranking Democrat in Congress.  He suggested it’s apparently a blessing that more Americans will have the freedom to “choose to work less or not at all” because the government has now provided them with health insurance.

Senate Majority Leader Harry Reid (D-NV) said that the report “rightfully says that people shouldn’t have job lock.  We live in a country where we should be free agents.  People can do what they want.”

Jason Furman, chairman of the Council of Economic Advisors said, “This is not businesses cutting back on jobs.  This is people having new choices.”  Furman went on to say this new freedom would create a dynamic marketplace that magically encourages entrepreneurship.

Because they’ll have what accumulated wealth?  Or what collateral to secure a bank loan?

White House press secretary Jay Carney simply disagreed with the non-partisan CBO report because he didn’t like what it had to say.

“Job lock?”  “Free agents?”  “New choices?”  This is Alice in Wonderland stuff.  Too bad this is real-life, and not just a story.

It’s so bad that President Obama finally acknowledged his unpopularity to his allies in the Senate.  He should try telling people something they don’t already know.

Unpardonably, the President and his supporters idiotically embrace the job losses anticipated by the CBO report.  In a sane world, politicians would pass legislation, reduce taxes and regulations upon hearing such bad news to try and counter such poor projections.

Not on Planet Progressive.

On Planet Progressive, unemployment is a good thing because the jobless have health insurance while lacking a consistent paycheck.  In what sensible way does this fantasy balance itself out?

I applaud and commend the determination of Americans who stubbornly attempt to persevere despite the odds.  I’m talking about those people who persevere no mater what gets thrown at them.  They don’t step aside and seek a hobby.

But applause is not enough.  Despite their heavy lifting, no amount of super-human performance can overcome a government and chief executive so stuck on stupid that our nation’s economy careens toward oblivion.