11 Apr 2014 A Bad Week for Lois Lerner, But a Good Week for Finding the Truth 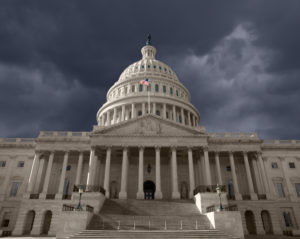 This was a bad week for Lois Lerner, but nothing that she apparently couldn’t have prevented.  It’s her mess.

The former head of the Internal Revenue Service’s division that oversees tax-exempt organizations incurred the wrath of two different congressional committees this week for her part in the alleged malicious targeting of conservative organizations seeking nonprofit status.

Lerner previously professed her innocence in the matter in a statement before the House Oversight and Government Reform Committee, but then immediately invoked her 5th Amendment protection against testifying before the committee.  This conflicted episode in particular, as well as the mounting evidence that only conservative applicants were hounded and delayed by the IRS during their application processes, has drawn the ire of lawmakers who are seeking answers.

So, on Wednesday, the House Ways and Means Committee voted to formally request that the U.S. Department of Justice consider a criminal prosecution of Lerner for the unfair treatment of conservative applicants, misleading congressional investigators and illegally releasing private information from taxpayer records.  An official statement from the Committee stated that “Lerner used her position to improperly influence agency action against only conservative organizations, denying these groups due process and equal protection rights under the law.”

Then, on Thursday, the Committee on House Oversight and Government Reform voted to hold Lerner in contempt for her refusal to testify before the Committee.

Project 21 co-chairman Horace Cooper, a former staff member of the House leadership, said that Lerner has only herself to blame and that the American people are owed answers to the lingering questions about the probably political targeting of certain Americans for the political beliefs.  Horace said:

This past week, both the Committee on Ways and Means and the Committee on Oversight and Government Reform of the U.S. House of Representatives signaled that the Internal Revenue Service is not the law unto itself and that every federal employee — including Lois Lerner — must be accountable to the American people.

The charges involved here are serious.  Every American is subject to the dictates of the IRS, and they expect that those interactions will be neutral and dispassionate.  Unfortunately the evidence indicates that Lerner’s actions were anything but neutral.

It is axiomatic that the IRS shouldn’t target Americans because of their beliefs or their political activities.

Our nation was founded on the principle that citizens are free to criticize or support the government without reprisal.  By threatening this principle, it appears that Lerner violated the law.

Now, it is important for Lerner to face the consequences of her alleged actions and to tell the American people about the other parties potentially involved in such crimes.