Remember when Henry Louis Gates, the Harvard professor President Obama supported when the professor got in a dispute with Cambridge, Massachusetts police?

Remember Sandra Fluke, the law student who championed ObamaCare’s contraceptive mandate, got criticized by conservatives and then was lionized by the left and asked to speak at President Obama’s re-nomination convention?

Remember Keontai Price, the pro-life activist who was beaten for his belief in the sanctity of life?  Remember how his story was a headline issue across the media and spoken of in the White House briefing room?

Well, not that last example.  There are limits to presidential and media grandstanding.

Neither the media nor President Obama have yet to come to Price’s defense, and the lack of outcry over the beating has members of the National Center’s Project 21 black leadership network outraged.

According to a report from Students for Life, Price — a student at Central High School in Tuscaloosa, Alabama — ended up in a hospital emergency room with a broken nose after being assaulted by a man who disagreed with the student’s stance against abortion.

Price said that he was peacefully disseminating pro-life literature in a public park in Tuscaloosa when a man confronted him.  The man, estimated to be around 350 pounds in weight, alleged that his wife just had an abortion because “that’s what they needed to do.”  Soon after making this declaration, the man is said to have pushed Price to the ground and proceeded to punch him in the face.

Price was sent to the ER the next day at the urging to his school principal.  His nose was broken.

The silence about such brutal intolerance has gotten the attention of Project 21 members who call the incident inexcusable despite Price’s own stated willingness to forgive his attacker. 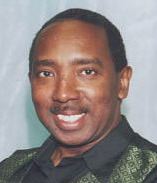 For example, bringing up the celebrity status of the Gates and Fluke incidents, among others, Project 21 member Murdock “Doc” Gibbs said directly to President Obama:

You supported Professor Gates at Harvard when you accused the Cambridge police for acting “stupidly.”  You called Sandra Fluke for an alleged verbal insult from a radio talk show host.  You also issued a statement to praise gay football player Michael Sam him for his courage.

How about a call or some support for this 17-year-old black student in Alabama who got assaulted — where his face was bashed and nose broken — by a 350-pound pro-abortion attacker?

We’re waiting to hear about your call… or even for some mainstream media to pick up on the story.

If Keontai, a member of the Students for Life organization, is emblematic of the current state and the future of the pro-life movement, then I am further assured and encouraged about the resolve and fortitude of the movement to withstand both verbal and physical confrontations.

While handing out pro-life information in his neighborhood, Keontai was assaulted and had his nose broken by a man whose wife had reportedly recently had an abortion.  One can speculate as to why the man attacked Keontai — up to and including the pain, aguish and guilt associated with killing his pre-born child.  But that certainly doesn’t excuse his behavior.

Acting in true Christ-like manner, Keontai didn’t file charges against the man.  In fact, he turned the other cheek.  Keontai forgave the man, and encouraged others in the pro-life movement to pray for the man and his wife.

It’s easy to talk about turning the other cheek and praying for those who persecute you, but it’s actually very difficult to do.  Yet this boy did, and his reaction is a clear insight into his character.  His courage should not only be applauded, but also emulated.

As Keontai pointed out that when Jesus was beaten, he didn’t stop.  And neither will he.

God bless Keontai Price and all of the people he’s inspired and emboldened to continue on in the mission of saving lives.