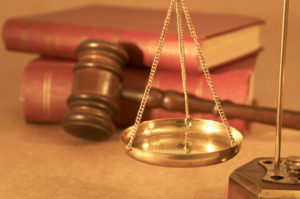 In a devastating blow to the New York City nanny state of former mayor Michael Bloomberg, judges on the New York State Court of Appeals voted to uphold two lower court rulings thus keeping the city government from banning the sale of certain soft drinks in certain places under the mayor’s regulatory grip.

This was the last possible appeal, and the extent of the former mayor’s overreach in crafting the ban may deal a devastating blow to other nanny state policies in the Big Apple and elsewhere because the ruling now calls into question the authority of the city’s Board of Health.

Under Bloomberg’s rule, the Board of Health imposed a ban that prohibited specified sugary soft drinks from being served in containers larger than 16 ounces.  Besides the assault on consumer choice and basic freedom, the plan was criticized for having many exceptions (milkshakes and coffees were exempted from the ban that was largely seen as targeting carbonated beverages) and only restaurants, theaters, arenas and other venues under the authority of the Board of Health were affected.

The judges voted four to two to go along with the lower court rulings that stopped the ban from going into effect, with Judge Eugene F. Piggott, Jr. writing that the Board of Health “exceeded the scope of its regulatory authority.”

In dealing this blow to city regulators, other harsh rules imposed by the New York City Board of Health such as the infamous ban on trans fats and the menu calorie-count requirement – things that are now championed by the likes of the Obama Administration – could be at risk.

Project 21 co-chairman Cherylyn Harley LeBon, a long-time critic of nanny state policies in general and the Bloomberg soda ban plan in particular, is cheering the judges’ decision to curtail the power of city bureaucrats.  Cherylyn said:

While we all acknowledge that obesity is a problem in our country, attempting to mandate behavior by regulation is not the best approach.  I am glad that New York’s Court of Appeals ruled that the city’s health board lacked authority to impose the ban.  I wholeheartedly agree.

We should focus on programs which help individuals make better choices for themselves and encourage schools to increase physical education programs and after-school activities promoting activity instead of sitting in a room.

In the end, individuals have to be motivated to change their behavior.  Limiting the availability of soda in one establishment only motivates people to patronize another business – it did not dissuade people from wanting to consume soda.