On the occasion of Independence Day, Project 21 member Derryck Green reflects on the sacrifices made in the name of freedom, the current state of that liberty in our nation and what might be done to improve the future.

Our nation is facing many problems on the anniversary of its independence.

Based on historical recovery scenarios, the American economy is nowhere near where it’s supposed to be.  Quality jobs are scarce.  Job creation isn’t maintaining pace with population growth.  Wages are stagnant.  Government dependency has increased.  Confidence is waning.

Much of this is the likely result of imprudent economic and political policies that lead us to sustained apathy and diminished optimism.

Our borders are largely porous — some claim they are left that way on purpose.  Our Border Patrol agents are increasingly overwhelmed by the numbers of illegal immigrants confidently flooding into our nation without much apparent fear of imprisonment or deportation.  As they contemplate their journey, they obviously see a federal government in the United States whose leadership stubbornly refuses to properly enforce its own immigration laws and fights states that attempt to do so in their place.

Average Americans have a growing distaste and a distrust of the insulated political class in Washington.  Approval ratings for politicians are at an all-time low, as they are seen as more interested in the desires of the bureaucrats and favored elites before the rest of the population’s own pressing kitchen-table concerns. 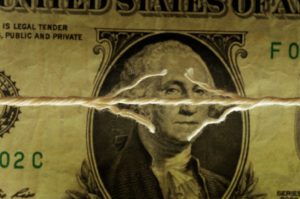 Internationally, our nation’s reputation — the prestige of our military force, our diplomatic honesty and faith in a trustworthy follow-through on our word appears impressively diminished.  For our friends and allies, what confidence there is in continued cooperation and protection seems weak.  Our enemies seem emboldened as they detect a reluctance to acknowledge and confront the evil they represent.  They undoubtedly take this reliance as a sign of weakness.

Much of this, obviously, is the result of the agenda put forth by President Barack Obama.

At the same time, however, we must remember that Obama is an emblem.  He is a mascot of sorts for the body politic — a reflection of those who placed him in office and, in this case, a culmination of a cancerous strain of thought.  He is the personification of a poisonous ideology seeking to take full advantage of the opportunities America provides while simultaneously seeking to destroy or, in Obama’s own words, “fundamentally transform” that very system that provides the blessings he enjoys, takes for granted and sometimes even attempts to prevent others from enjoying.

Obama is most closely representative of those convinced by their own arrogance.  They express themselves and their beliefs in a healthy and robust naïveté — ignorance borne in conceit — and are an antithesis to that which is great about America.

Once again, it isn’t just Obama — though he does bear considerable responsibility.  It’s political leftism in general that seeks to devour the cultural norms and the traditions of Western civilization.

Obama is the catalyst for this attempt to change America, seeking to recreate it in a way that’s failed everywhere else it’s been tried.  The fact that such altruism failed before, time and again, seems of no concern to Obama and his ideological acolytes.  In their perceived wisdom, these true believers appear to believe that they know better.  They are so fully convinced of their ability, intellectual prowess and good intentions that they believe themselves able to perfect the problems of the past and faithfully trust in themselves that it will work this time simply because they are in charge.

But left unaided, they too will fail.  Like the failures of the past, Obama and his supporters lack the ability, foresight, wisdom and intellectual maturity to think out their grand idea to its logical conclusion.  In the end, as history shows, the system they lust after always implodes.  They still haven’t fully learned this certainty.

Patriotic Americans cannot passively watch our self-destruction at the hands of a bunch of narcissistic and naïve fools.  They may not acknowledge and appreciate the God-given blessing that is America, but good portions of us do. 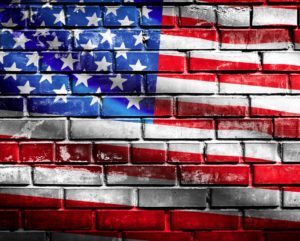 God gave us this gift of America for a reason, and we also owe the signers, framers and others who sacrificed and risked considerable amounts to create this nation and the potential it offers its lawful citizenry.  We owe it to ourselves to do our part to seek its preservation for our progeny and for those willing to take on the responsibility of its perpetuation.  Lastly, we owe it to the world to continue this fight because, as imperfect as we may be, we have been a reservoir of goodness in many forms to countless beneficiaries across the globe who would otherwise not have enjoyed food, safety, education and our protection of their freedoms.

America has fought and sacrificed to overcome the forces of evil that would no doubt proliferate in our absence, already evidenced in the wake of our self-imposed international withdrawal during this presidency.

Much of the calamity is the result of those who refuse to respect freedom as much as they revere government growth and coercion.  It is aided by those in politics who have more interest in feuding amongst themselves for alleged ideological purity or possess a considerable lack of testicular fortitude, an atrophied spinal column or outright lack strength and courage when it comes to confronting and limiting the status quo of leftism.

For many, the cultural and political fight to redeem the country isn’t over.  For others, the fight hasn’t begun.  Whether one is ready to continue the fight or ready to join up lies among the individual.  One can be part of the decline or part of the redemption.  It’s a simple choice.

On this Fourth of July, the anniversary of our forefathers’ declaration of independence, keep in mind why that independence was declared, what it meant to them and what it cost them.