10 Sep 2014 Project 21’s Kevin Martin: “The Strategy Laid Out by the President is Nothing New” 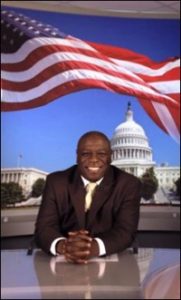 The strategy laid out by the President is nothing new outside the application of United States air power.

President Obama and former Secretary of State Hillary Clinton, Senators McCain and Graham were advocates of arming so-called ‘moderate Muslims’ inside Syria back in 2010 over the objections of conservative voices, who factually stated that there more radical elements within the opposition forces to Syrian President Bashar al-Assad. These radical elements were allowed to gain power and influence within the opposition before breaking with them and forming what we know as ISIS today.

I find it difficult to accept the President’s plan to arm these so-called moderate forces when it failed the first time and produced ISIS, a group of radicals that now have nearly a billion dollars in assets. These assets include military equipment looted from the governments of both Syria and Iraq, including heavy weapons, MANPADS and aircraft. This makes the policy of limited airstrikes inside Syria a difficult task.

As a veteran, I find it most difficult to support the President’s strategy of arming these supposed moderates in light of the fact that the White House cannot confirm if these same moderate forces within Syria sold American Journalist Steven Sotloff to the forces of ISIS that later beheaded him.

It is time for the President to go before the American people and Congress to put forth a real strategy that completely destroys ISIS and does not create another Son of Al-Qaeda by contracting out our national security to so-called ‘moderates.’

Kevin Martin is a member of the National Advisory Council of the Project 21 black leadership network. An environmental contractor in the Washington-Baltimore area and a long-time public policy commentator, Kevin frequently appears on the Fox News Channel and typically is interviewed by radio talk shows over 70 times each year on behalf of Project 21.