07 Nov 2014 Big Ideas Paid Off Big in Midterms — Did Obama Get the Message? (About Those Jobs Numbers for October)

ConservativeBlog.org
Posted at 16:31h in Articles, Blog, Project 21 by The National Center

There was a modest improvement in the official unemployment numbers this morning.  But, as Project 21 member Derryck Green points out in his monthly “About Those Jobs Numbers” analysis of America’s jobless situation and the economy in general, there’s not a lot to celebrate.

This month, Derryck wonders if President Obama got the message from an electorate that is seemingly over his unwillingness to engage on the economy:

Is it the dawning of a new era in Washington?

After the results of the midterm elections, many are optimistic — some probably overly optimistic.  Is President Obama willing to put aside his petulance, ego and his steadfast unwillingness to compromise?  Is he willing to set aside his ideologically driven at-the-expense-of-everything-else mentality to work with a rejuvenated Congress on policies that will reinvigorate the economy?

Who can know right now?  But, if history is any predictor of the future, it’s probably best to hope for the best and plan for business as usual.

And business as usual — at least, in part — means spinning the monthly jobs report from the federal Bureau of Labor Statistics to mislead Americans into believing the economy is doing much better than it actually is.   From the tone on Tuesday, American voters understand the economy isn’t what Obama claims it to be.

As usual, expect the President to point to the falling official unemployment number — down this month a mere tenth-of-a-point to 5.8 percent — as further proof that the economy is turning around.  What he will never directly address is exactly why these numbers are falling and why most Americans are still rightly concerned about the lack of robust economic recovery.  In reality, a potential reason the official jobs number looks so decent is because — as has been the case too long already in the sluggish Obama economy — too many eligible workers continue to find themselves despondent, hopeless and isolated from the workforce.

That’s why, at 11.5 percent, nearly twice the official rate, the U-6 measure for those unemployed, underemployed and voluntarily removed from the job market still provide an alarming measure of the job crisis Obama is seemingly ignoring.

In October, 9 million remained unemployed.  There are 770,000 able-bodied people who are not in the workforce.  This all brings the labor force participation rate to 62.8 percent, rising only slightly from last month and continuing its historic lows. 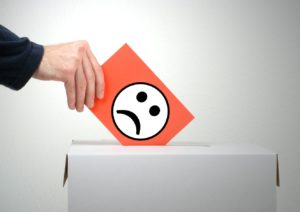 For all the talk Obama has done about creating over 10 million jobs, it’s nowhere near enough jobs to both keep up with population growth as well as re-employ disaffected workers.

Speaking of jobs, prior to the BLS report, ADP’s National Employment Report estimates claimed private businesses added 230,000 jobs in October, an increase of 5,000 jobs from September’s revised number of 225,000 jobs.

However, when the BLS did release the official results, and whose estimates include government hiring, it was reported that only 214,000 jobs were created.  It’s not enough, and hasn’t been enough.

By the way, the employed foreign-born segment of the population — those residing in the United States, but were born elsewhere (including legal and illegal immigrants, refugees and temporary workers) hit a record high of 25 million, according to the BLS.

In addition to this inefficient level of job creation and the lack of real jobs for Americans, the U.S. Census Report shows 48 million Americans are currently living in poverty.

Increased poverty, sustained dependence on welfare, anemic job creation and the lack of a palpable sense of economic recovery is unacceptable.  This is most likely why Americans voted the way they did earlier this week and why President Obama should be listening now.  Something evidenced by the midterm election results was that the American people want serious and sincere economic policies to increase the pace of job creation while simultaneously overcoming the income stagnation and apathy so prevalent in America under Obama’s leadership.

It seems that Americans have had enough of the campaign wedge issues such as increasing the minimum wage and the inequality rhetoric of class warfare that is so often the go-to strategy for Obama and his supporters.  Appealing to the emotionalism of jealousy and envy rather than offering practical solutions to what feels like perpetual economic stagnation not the mark of a leader who is engaged or who understands and empathizes with those who have had a rough time during the course of his presidency.

Voters in several states— including Wisconsin, Maryland and the President’s adopted home state of Illinois — all said in either pre-election or post-election exit polls that the economy was the primary concern.  He almost lost the Millennial vote that he enjoyed such strong support from in the past.  People in general no longer accept Obama’s empty rhetoric and policy half-measures.  Americans want less grandstanding and more direct action leading to positive results.

The voters seem to want people who will consider the big ideas and take the chances to improve our society.

For example, Michigan Governor Rick Snyder was re-elected this week, in part, due to his signing right-to-work legislation that reduced the coercive influence of employee unions on employees making it more cost effective to hire employees.

Victorious gubernatorial candidate Larry Hogan argued, among other things, that tax cuts would spur Maryland’s economy.  Wisconsin Governor Scott Walker continues to reduce the negative economic impact of public employee unions and has taken his state from a multi billion-dollar deficit to an economic surplus while creating thousands of jobs, resulting in his re-election.  Bruce Rauner campaigned on tax cuts and pension reform in Illinois, and he is now the new governor-elect.

These are just a few of the economic policies that Americans found appealing, and the apparent desire to see more of them.

His actions, or lack thereof, from here on, will dictate if he’s able to work with Congress in addressing the country’s economic needs — or if he’s still going to be an ideological obstructionist who would rather play politics while the good part of the country continues to struggle.

It would seem that Obama does the latter at his peril.  It’s his last two years in office — time to build his legacy.  Right now, he’s on a track to go down in history as an unpopular president who was unwilling to compromise for the good of the republic and took us all down with him.