09 Jan 2015 Armed and at Risk, Police Critic Learns the Value of Compliance with Cops

Given a gun and a mission, a once-vehement critic of the police quickly found his “attitude has changed.”  Furthermore, he has pledged to let people know that they “need to comply with the orders of law enforcement officers — for their own sake.”

Just last month, Reverend Jarrett Maupin was helping lead an anti-police march in Phoenix, Arizona after an officer shot an unarmed suspect.  A local news crew filmed Maupin yelling into a bullhorn about that officer: “We want his badge!  We want his gun!  We want his job!”

But Maupin experienced the reality of what officers face in times of crisis when he was put through a series of “force-on-force” simulations by the Maricopa County Sheriff’s Office.  Issued a fake gun, Maupin was filmed as he reacted to common police situations in which an officer may be forced to draw and use his gun:

In the fight scenario, Maupin shot the man who advanced on him menacingly, and told the other man — who demanded to know, in the heat of the moment, why Maupin used his gun — that “he shouldn’t approach me!”  Afterward, Maupin said he shot the man because he was an “imminent threat,” was “within that zone” of danger and since the man “came clearly to do some harm.”

Maupin admitted, after feeling what it is like to be behind the badge, that “it’s hard to make that call — it shakes you up.”

He said the biggest lesson learned was that he “didn’t understand how important compliance was” on the part of the public.  That changed when he experinced how quickly things can unfold and how fast a decision must be made by an officer.

Having seen this news report on Maupin’s apparent converstion — and experiencing such training, as one member has — Project 21 members are commenting on how Maupin’s epiphany is something that more community organizers need to experience.

I have undergone similar “use of force” experiences under the direction of the Los Angeles Police Department and Los Angeles County Sheriff’s Department.  It was always a sobering experience.

To my discredit, I “shot” several people who should not have been “shot,” and, in turn, was “shot” on numerous occasions by suspects I reacted slowly to.  Needless to say, I was not offered a badge by these police agencies.

Decisions to use deadly force are made within split-seconds.  That our peace officers get this right almost every time is a testament to their professionalism and training.   Being a law enforcement officer is, outside of foreign deployment as a member of our military in a theatre of war, perhaps one the toughest jobs imaginable.  They have my thanks and admiration for being that “thin blue line” between civilization and deadly chaos.

The embarrassingly ignorant leftists, liberals and anarchists marching in our streets chanting: “What do we want?  Dead cops!  When do we want it?  Now!” pose a great threat to the generally positive race relations that have been patiently constructed over generations, and our collective future as a lawful, civilized nation.  I routinely walk up to police officers and say to them “thanks for your service.”  They are usually shocked to hear these words, but are very thankful to hear them. 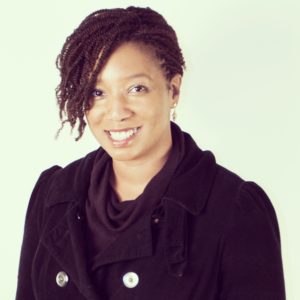 Project 21 member Stacy Washington, a talk radio host in St. Louis, is a veteran of the U.S. Air Force:

I have a lot of respect for an individual who is willing to undergo training scenarios in order to understand the position of his opponent.  That’s exactly what happened here in the case of anti-police violence activist Reverend Maupin.  He chose to undergo use of force training scenarios with his local law-enforcement agency to explore the arguments of those supporting the position of law enforcement.

As a result, Reverend Maupin now understands that decisions law enforcement officers routinely make happen in a matter of seconds and are a matter of life and death.

During the training exercises, he uses his firearm to shoot an unarmed man.  Reverend Maupin experienced genuine fear for his life, a game changer for him.  As he summed up his change of heart, he clearly stated that “you must comply with the orders of police.”

As the daughter of a police chief, this has been my position from day one.  Not complying with the orders of law enforcement can result in your apprehension or physical harm.  Why risk that?

This discussion has been woefully absent from the national discourse by so-called protest leaders and the notorious Reverend Al Sharpton.  If these leaders truly thought black lives mattered, wouldn’t they offer suggestions on how to prevent negative encounters with police that might result in death?

Why not tell protesters that the simplest way is to avoid criminal activity?  In encounters with police, answer their questions and comply with their orders.  Stating these truths is the right thing to do.

Don’t hold out hope that Sharpton or other social justice mouthpieces will ever take the path Reverend Maupin has chosen.  There’s no money in it.

I’m very glad the good Reverend Maupin got to see how the “other side” — the police — have to use force in their own self-defense and the enforcement of the law.  Now he understands how compliance on the part of citizens maximizes survival.

This is the type of brothers-and-badges-together experience I promote.  Reverend Maupin went in as a police critic, and he emerged a proponent of not rushing to judgment — or literally rushing police officers.  Bravo!

This video reveals that when rhetoric, ignorance and race are removed from the equation, the truth will prevail.

Civil rights activist Reverend Jarrett B. Maupin, Jr. was so blinded by rhetoric that he failed to understand why many of our black children are losing their lives.  The epidemic of violence and crime in the African-American communities and the lack of respect for authority, has led to the unnecessary deaths of many black people.
Reverend Maupin was placed in a simulated life-threatening situation that police face every day — only it is real for the officers.  Now, he has the opportunity to open a dialogue between the police and the community he represents.  Let’s pray that his newfound revelation will not make him a pariah to the very same people who may not want to take their blinders off.