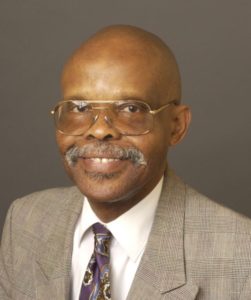 Reverend Craft offers a unique story of redemption and rebirth, making him a compelling speaker – particularly during his national observance.

At one time a discouraged veteran who sank into a life of racial animosity and drug abuse that eventually landed him behind bars, Reverend Craft kicked his drug habit, strengthened his faith in God and found racial understanding in the process.  His changed outlook led him to become a prison chaplain.

What I discovered over a period of time was simply this: that my major enemy was staring me straight in the mirror.  Because I am the only one who has the power to change me.

So, that was my starting ideology – what opened up freedom for me.

He said this revelation further helped him understand that “[t]here [is] only one race: the human race.”

In his ministry work, Reverend Craft said his focus on working with those who are still obsessed with race and hatred of others because of perceived discrimination is in “challenging them to take responsibility for their actions and behavior.”