06 Feb 2015 Behind the Gun, Another Community Activist Gains Clarity regarding Police Procedures

Another community activist and vocal critic of the police has gained a new perspective on police procedures after spending time in a cop’s shoes.  Members of the National Center’s Project 21 black leadership network, once again, are not surprised.

This time, Quanell X, the leader of the New Black Panther Party in Houston, Texas, underwent police training simulations with the Missouri City Police Department.  He was run through a series of live and video simulations that are based on real-life situations faced by officers.  He was armed with a fake gun and Taser.

The results — filmed by KHOU-TV — were eye-opening.

Facing a man holding a baby who rushed at him with a knife, Quanell X used his Taser.  But he admitted that, at the time he chose to use force, he was not clear of the threat posed to him:

To be honest with you, I never saw the knife.  But I saw him come out of his pocket with something like [a weapon].  If he would have pulled a lollipop out of his pocket, the same way he just did, I still would have used force to stop him.  And then somebody could have said, “All he had was a lollipop.”  But you don’t know when it’s happening so fast like that.

He also admitted “I can easily see me pulling my gun on a simple call” in a high crime area.  In other simulations, Quanell X’s slow reactions to danger lead to him being “shot” by assailants.  In training, he was shocked at the number of times he fired while under stress.

In the end, it seemed that Quanell X gained a new appreciation, and perhaps will be less critical, of law enforcement.  On the training ground, his advice to the people he has marched with against the police in the past was:

Please, brothers and sisters, if [police] tell you to do something — do it.  When the suspect started being combative or argumentative, I’m gonna pull my gun.

Project 21 members active in both law enforcement and community policing see this sort of thing as a positive move toward healing the rift between police and black communities, which deepen after accusations are made by those lacking a full knowledge of what it is like for officers forced to make quick decisions involving deadly force. 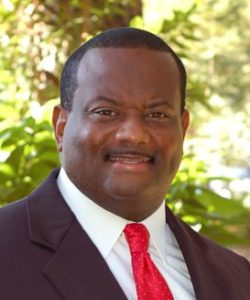 Project 21 member Carl Pittman, a 20-year veteran of law enforcement (including in the Houston metropolitan area) and a retired member of the U.S. Marine Corps, said:

The phrase “A picture is worth a thousand words” has never been more fitting.

The call by Houston area black activist Quanell X for those asked by the police to comply is long overdue.  Incidents involving Michael Brown in Ferguson, Missouri and Eric Garner in Staten Island, New York might never have happened had they complied with officer instructions.

The facts must control the outcome of these investigations, not fear.  These incidents are directly related to conduct, not color!

It’s too easy to demonize police officers who are often white and deify black predators from afar.

Actually placing oneself in an officer’s shoes takes a lot more character and competence than hoodie marches or chanting “Hands up!  Don’t shoot!”

Quanell X’s experience and apparent epiphany in Houston is similar to what happened to Reverend Jarrett Maupin in Phoenix.  That community activist also seemed to gain a newfound respect for law enforcement and understood the need to comply with their instructions after going through his own use-of-force simulations.  Project 21 members also commented Reverend Maupin’s revelation.