ConservativeBlog.org
Posted at 06:30h in Articles, Blog, Project 21 by The National Center

It’s not a good Friday for the Obama Administration.  A new report on jobless numbers, compiled by the federal government, came out today.

The official unemployment rate is 5.5 percent.  That’s unchanged from last month, and that’s no cause for celebration.  Even though this official number did not go up, the more complete and nearly double alternative unemployment measure and the workforce participation rate still points to peril.  There are even more reminders that the American economy continues to underperform despite the assurances from the Obama Administration that things are getting better.

As he does every month, Project 21 member Derryck Green provides his monthly analysis of these unemployment statistics and the general state of the economy in the Obama era:

Spring is finally here, but the harsh winter is no real excuse for the poor economy.

Bad weather — snow, in particular — often gets blamed for a lull in economic activity.  That is being used as an excuse right now, and there was plenty of snow across the United States this past winter to take the blame.

That being said, a lot of the problems with the American economy likely have more to do with Barack Obama’s fiscal stewardship than Jack Frost’s prolonged and prodigious visit.

According to the official government estimate, there was an unemployment rate of 5.5 percent in March.  But this unchanged rate pales to the alternative — and much more sobering — U-6 jobless rate of 10.9 percent.  This is the rate that tends to be a clearer indicator of the employment situation because it includes those who are unemployed, underemployed and have removed themselves from the job market altogether.

As Jim Clifton of the Gallup polling firm recently pointed out, this official unemployment rate can be made to seem lower than it may truly be through all sorts of manipulative trickery. 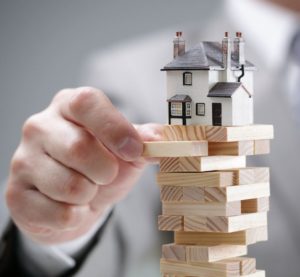 And that more unforgiving alternative rate is, per usual, around twice the official rate the media will focus on and the Obama Administration will cite.  Disappointment will likely be explained away as a result of a bad winter.  For example, state labor reports in Massachusetts and Connecticut already blame snow for slowed job growth and even losses.

But any positivity or assurances of a snowy anomaly cannot cover up how the labor force participation rate is an appallingly low 62.7 percent and has been no higher than 62.9 percent through many seasonal changes of the past year.  Nothing can deny that the estimated 126,000 jobs created in March fell below expectations and marked the end of a year-long streak of monthly job creation over 200,000 jobs.  ADP, a private company that works in payroll processing, was actually optimistic earlier in the week when it estimated 189,000 jobs were created.  Both numbers are below the 225,000 that were projected.

There’s also should be concern about joblessness in key demographics that are long-term and hurting constituencies allegedly of the utmost concern to this presidency.  For example, the black teen unemployment rate was 25 percent — a sky-high number that improved but has nonetheless hovered around 30 percent for much too long.  Overall black unemployment was also way too high at 10.1 percent, which was a slight decrease from February.  Hispanic unemployment was up to 6.8 percent.

These higher-than-average unemployment rates were not just during the winter months.  Black unemployment, for example, was 11 percent in November of 2014, before a lot of snow began falling.  The unemployment rate has been dismal, whether there was snow or leaves on the ground.

These unemployment numbers could be getting worse in the future as more illegal immigrants come “out of the shadows” to benefit from the President’s recent executive action allowing some families to benefit from what’s everything short of full amnesty.  In news that should not surprise anyone, the Center for Immigration Studies revealed that Department of Homeland Security statistics indicate that over 2,000 youth are still crossing the border into the United States each month.  The lure of what is believed to be real amnesty is obviously an incentive to those flooding the border.

According to the CIS, 84 percent of these kids currently crossing the are teenage boys.  They are, or soon will, be competing in the workforce — legally or not — rain, snow or shine.  And they will be going head-to-head with unemployed American citizens for similar jobs.

It’s clearly a build-up for disaster.

Getting back to the change in seasons, unemployment is not the only poor economic indicator being blamed on the snow when it really should not. 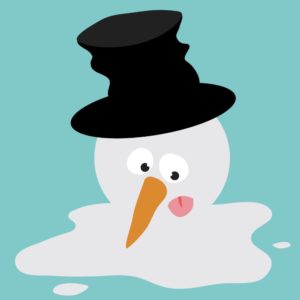 Construction of new homes, for instance, fell the furthest in February than in the previous four years.  Housing starts were down 17 percent from January and, according to IHS Global Insight, this “poor” Commerce Department report suggests that reduced spending on construction could drag down the entire economy for the first quarter of 2015.

Bank of America’s Michelle Meyer dispelled the weather myth as it pertains to housing, telling Bloomberg: “While the initial reaction is to dismiss much of the drop because of the bad weather, the level of home construction continues to be depressed.”  There are also still 1.4 million fewer construction jobs than in 2006.

In addition to problems in the construction industry, there is a potential problem for auto sales as well.  It appears the expected drop in sales of new cars has arrived, with automakers such as Ford and Nissan reporting March sales were down by three percent.  Honda sales were down by five percent.  Volkswagen fared even worse with an 18 percent decline.  General Motors also lost two percent.

Some people want to blame a snowier March, but it is still generally supposed to be a good month for car sales.  Alec Gutierrez of Kelly Blue Book told the Associated Press that “we’re at a point where sales are going to grow at a much slower pace.”

What are government officials thinking?  Over at the Agriculture Department, while many families are planting their own vegetable gardens this spring, it would appear bureaucrats are instead trying to find better ways for Uncle Sam to deliver fruits and vegetables to those on public assistance.  They are apparently less focused on helping people in need do things themselves, and would prefer spending more on enhanced benefits.

SNAP/food stamp participation more than doubled since the start of the Great Recession.  It is expected to cost an estimated $80 billion in 2015.  At least $31 million of that is allegedly to be spent on encouraging “incentive strategies to help SNAP participants better afford fruits and vegetables.”

It would appear as if there is more emphasis on using welfare dollars to meet the desires of bureaucrats than in encouraging recipients to not need them at all.  It’s like there is no expectation of an end of attempts to slow the economic malaise that has gripped the nation throughout the Obama Administration.

Seven winters have come and gone while Barack Obama has lived in the White House.  The economy has remained in a rut throughout these winters and the following springs, summers and falls.

Even the New York Times article on these latest unemployment numbers can’t find much of merit: “This latest jobs report underscores what has been a persistent theme: that in the recovery, many working Americans have received only scant benefits from the upswing.”

It’s not the rain or the snow probably as much as the drip at 1600 Pennsylvania Avenue at fault!