08 May 2015 A Better Jobs Report, but Not Good Enough News for the American Economy

According to the new government report on unemployment, April would seem to have been a better month for jobs than last March.  That’s not saying much.

Despite the better-than-anticipated jobless numbers, the devil is always in the details.  Outside of the official jobless percentage, there is further information that doesn’t normally get reported on that makes today’s report less positive.  There’s also been a plethora of additional bad economic news of late makes that this one possibly nice note barely cause for celebration.

This is the message delivered by Project 21 member Derryck Green in his monthly “About Those Jobs Numbers” report:

April’s jobs numbers, much like other economic indicators that were recently released, show that it’s going to be difficult for the Obama Administration and its supporters to continue their glossy spin regarding the health of our economy.

To begin with, first quarter GDP growth took a nosedive — plummeting to 0.2 percent.  That’s way down from the previous (fourth quarter of 2014) report of a 2.2 percent GDP growth spurt.  There are economists who also believe that this number will actually be revised to show negative growth once all the numbers are known.

There’s no spinning this disaster.  The economy did more than stall.  It contracted.  And it may yet be worse than we realize.

And it’s very easy to see why.  According to the federal Bureau of Labor Statistics (BLS), labor costs rose five percent while worker productivity fell 1.9 percent last quarter.  This followed a drop of 2.1 percent in the fourth quarter of 2014.  This inverse relation of costs exceeding worker efficiency is a very bad sign for the economy.

Job creation was really no better.

These job creation numbers alone are enough to show the economy is in dire straits.  But there’s more bad news. 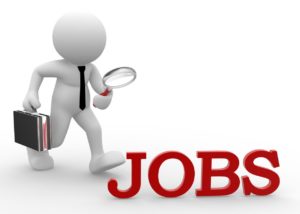 The official national unemployment rate did drop slightly to 5.4 percent.  Don’t forget the devil in the details here.  The U-6 jobless number, which includes those on the fringes of the economy, was 10.8 percent.  Once again, this is double the official rate.  And this is the rate many consider to be a more realistic report since it includes the officially unemployed as well as those who are underemployed or removed themselves entirely from the workforce.

There’s also a problem that the workforce participation rate rose only a tenth of a percent to 62.8 percent.  It has remained in this zone not seen since the Carter era for the past year.

The rate for blacks among the unemployed went down to 9.6 percent in April, while the jobless number for black teens rose to 27.5 percent.  Over 56 million women were out-of-work last month, bringing the unemployment rate for women up to 5.4 percent.  For Latinos, it rose to 6.9 percent.

No matter what these numbers are, New York Post writer John Crudele warns people not to believe them.  He claims that the Labor Department intentionally inflates job creation numbers, especially in the spring — even though they lack the data to back up their report.  He also rightly notes that the official national unemployment rate is inaccurate because it doesn’t take into consideration those who are long-term unemployed who’ve given up hope and stopped looking for work.  Those are the ones counted in the U-6 rate.  Only those people who are actively looking for work are counted in that official unemployment rate.

It was Crudele, by the way, who broke the story a year ago about how a Census Bureau staffer fraudulently collected data that contributed to curiously low unemployment rates around the 2012 election.

And, according to the National Bureau of Economic Research, no matter how many jobs are created — because of the high rate of the underemployed and hidden unemployment — the economy is still 3-6 million jobs short of where it should be.

So, while the economy isn’t creating the jobs our nation needs, the federal government is taxing us as much as it can get its confiscatory hands on.  A record $1,477,901,000,000 in tax revenue was collected since just the start of Fiscal Year 2015, which started on Oct. 1, 2014 and ended April 14, 2015 (before tax day!), according to the Daily Treasury Statement.  Nevertheless, the government ran a deficit of almost $440 billion from October 2014 through March 2015.

It doesn’t stop there.  Other bad economic indicators include:

This is a very ugly jobs picture for America, the lower official unemployment percentage notwithstanding.  As usual, the Obama Administration will probably have a number of excuses to blame on the economy’s poor showing, while supportive economists will likely act confident in projecting that the second quarter will see a rebound.  And how could it not rebound from 0.2 percent first quarter growth (possibly revised downward at a later date)?

But there’s no denying it — the blame falls squarely on Obama’s narrow shoulders. Sadly, there’s probably nothing that can be done to change course until Barack Obama leaves office.  And that day, in my opinion, cannot come soon enough.