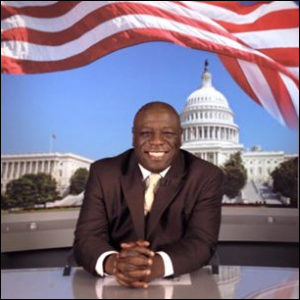 I commend South Carolina Governor Nikki Haley for making the courageous call for the removal of the Confederate Battle Flag from the capitol grounds in Charleston.

As a Southerner myself, I have become accustomed to seeing the Confederate Battle Flag in and around the South over the years. For some, it is about their heritage. For others, with racist views, it is a tool and symbol of intimidation. For many Black Americans, the Confederate Battle Flag is a reminder of the Dixiecrat South that was resistant to the equal treatment of Blacks in America.

Dylann Roof was one of those people who thought he could use the Confederate Battle Flag as his own personal tool of intimidation. He took his racist hatred even further when he entered Emanuel AME Church with the intent to gun down innocent Black worshippers in cold blood in an action he thought would spark the race war he desired.

Mr. Roof must now sit in his jail cell with the realization that he only brought the people of Charleston and South Carolina further together in unity. That unity has lead many in South Carolina to realize that now is time to remove the Confederate Battle Flag from the capitol grounds.

Like Governor Haley, I realize a way to discredit people like the reprehensible Mr. Roof is to take away the symbols that inspire them. There will be those who see this as a partisan political victory and others as a partisan political defeat. I say to both that we cannot allow this racist to divide us. We must remember the victims of Emanuel AME Church first and foremost. If we allow partisanship to drive what is right and what is wrong, people like Mr. Roof are the real winners.

As I am a veteran, Southerner and American, freedom of expression has always been near and dear to my heart. If you are proud Southerner with ancestors who fought in the civil war, feel free to fly the flag of the Confederacy, but also remember that the Confederate Battle Flag has been hijacked over time by racists like Dylann Roof, and that, for many Black Americans, the battle flag is a symbol of resistance to our equal treatment in the South by the civil rights era racist Dixiecrats.

We are all Americans at the end of the day and we will heal from this latest mass shooting by an individual who was motivated by hate, but unless we remain united once the dead have been buried and the mourning is over then we have handed victory to people like Mr. Roof.

Removing the Confederate Battle Flag from the capitol grounds of Charleston is a first step forward in the direction of unity.