Should the United States start freely welcoming Syrian refugees today, or should it wait until more stringent vetting processes are in place?

Last night, on Al Jazeera America’s “Inside Story with Ray Suarez,” Horace Cooper of the National Center for Public Policy Research noted that it’s not just Republicans demanding increased security measures, but that there are definitely bipartisan objections. 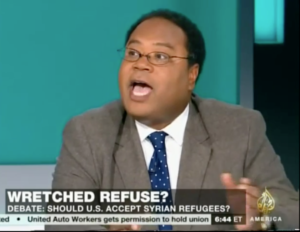