Dark money, the minimum wage and media bias were hot topics of discussion when the National Center’s Horace Cooper appeared on RT Network’s “The Big Picture with Thom Hartmann.” 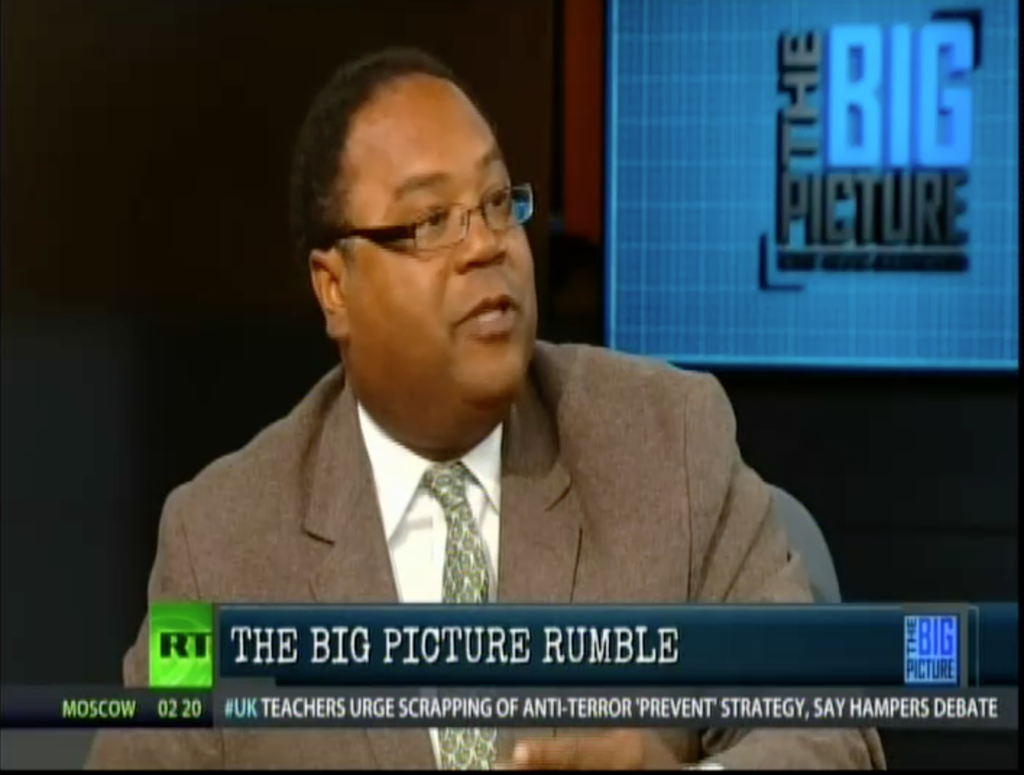 Later, Horace criticized California’s decision to raise the minimum wage to $15 an hour:

“California IS the place where awful and bad ideas thrive and prosper,” crowed Horace.

“Oh they’re going to be leaving soon. I just spent a few days in Austin and it is becoming the new Silicon Valley,” responded Horace.

“The difficulty in having illegal or unlawful residents working in California is going to be exacerbated, precisely because this rate is higher than what the market will offer. These individuals, who are already here working illegally, will come in and they will accelerate and exacerbate, displacing mostly blacks and other low-income people.”

Here is the discussion of the minimum wage hike, as well as criticism of the media’s careful treatment of Donald Trump: