Or sharing your best guess, anyway, if you aren’t careful to be politically-correct.

After six people, including an unborn baby, three adults in their mid-twenties and no one over 37, were gunned down in an unsolved murder a few blocks from WTAE’s studio, Bell wrote, in part:

…There’s no nice words to write when a coward holding an AK-47 hoses down a family and their friends sharing laughs and a mild evening on a back porch in Wilkinsburg. There’s no kind words when 6 people are murdered. When their children have to hide for cover and then emerge from the frightened shadows to find their mother’s face blown off or their father’s twisted body leaking blood into the dirt from all the bullet holes. There’s just been nothing nice to say. And I’ve been dragging around this feeling like a cold I can’t shake that rattles in my chest each time I breathe and makes my temples throb. I don’t want to hurt anymore. I’m tired of hurting. 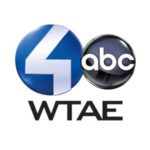 You needn’t be a criminal profiler to draw a mental sketch of the killers who broke so many hearts two weeks ago Wednesday. I will tell you they live within 5 miles of Franklin Avenue and Ardmore Boulevard and have been hiding out since in a home likely much closer to that backyard patio than anyone thinks. They are young black men, likely teens or in their early 20s. They have multiple siblings from multiple fathers and their mothers work multiple jobs. These boys have been in the system before. They’ve grown up there. They know the police. They’ve been arrested. They’ve made the circuit and nothing has scared them enough. Now they are lost. Once you kill a neighbor’s three children, two nieces and her unborn grandson, there’s no coming back. There’s nothing nice to say about that.

Council points out that Bell’s comments received more national attention than the actual murder of six people. He also noted the irony: “WTAE is a Hearst company. How did William Randolph Hearst make his money? By slandering people!”

“She dares to show some emotion; to have an emotional moment about it, and she gets fired for it,” Council said.

Burkman said, “political correctness… it’s becoming a kind of terrorism in this country… it’s just a power game where people use this as a threat.”

Critics of Bell seem not to be moved by the fact that her comments clearly were motivated by distress at the deaths of black people. She’s racist anyway, according to their accusatory thinking.