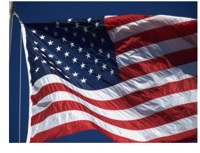 Project 21’s Kevin Martin has issued a statement in response to the terrorist shooting in Orlando, Florida that has left at least 50 dead and 53 wounded as of this writing.

My thoughts and prayers are with the victims and families of this brutal and cowardly attack upon my fellow Americans.

Whenever terrorists attack our homeland, they always pick soft targets in places where people are unable to defend themselves. While the pundits & political figures can give their opinions, quote taking points, boast that certain laws would have prevented this, if passed, the reality of the attack is much different from their fiction. A determined terrorist will find his way around any law that is passed. 9-11 demonstrated this. In that case the weapons of choice were everyday box cutters that can be brought at any discount store.

As a veteran, I say it is long past time for the pundits and political echo chamber to shut up, step up and put the blame squarely where it belongs: on those cowardly terrorists, who clearly don’t believe there is any law above their radical mindset and determination to kill the most defenseless and innocent worldwide.

Everyone in the Project 21 and National Center for Public Policy Research family joins with Kevin in expressing our sincere condolences to the families of those who died and our best wishes for the fastest-possible and most complete recovery to those who were injured.

I know you are in my prayers, and those of many others, both here and elsewhere. God bless you all.