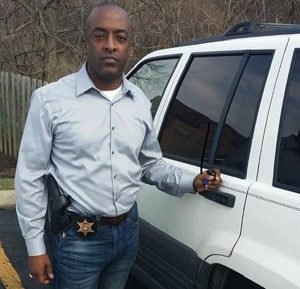 Project 21’s Council Nedd, a Pennsylvania State Constable and board member of the Fraternal Order of Constables, says President Obama is “responsible for fostering an environment in which war has openly been declared on America’s law enforcement officials, and is calling upon President Obama to resign and to apologize:

President Obama is always quick to take credit for things that he may, or may not, have had anything to do with. Where is President Obama when it is time to take responsibility and pay the piper – when something goes horribly wrong?

President Obama is single-handedly responsible for fostering an environment in which war has openly been declared on America’s law enforcement officials. Now, law enforcement officers are being openly hunted, and gunned down in the streets for daring to give to this nation by serving and protecting the residents of this country. President Obama should apologize for placing a bounty on the thin blue line that protects the good from the bad, the law-abiding from the law-breakers, and the sheep from the wolves.

Six days a week, I go out, into often hostile communities, to serve criminal warrants and capture fugitives that judges and public officials have asked me to capture on behalf of the communities that they have victimized. Next week I will be doing a peacekeeping assignment in Philadelphia during the Democratic National Convention, where tensions will already be heightened. For President Obama to turn his back on law enforcement, in favor of canonizing criminals, is the act of a priggish charlatan and ingrate. He should return his Nobel Peace Prize.

President Obama should resign and apologize to law enforcement for placing us in this position, turning his back on us and making martyrs of countless people who may not have been up to evil, but who were certainly up to no good.

Professionally, Council wears two hats: law enforcement and the ministry. He is an elected state constable in Pennsylvania and bishop and rector of St. Alban’s Anglican Church in Pine Grove Mills, Pennsylvania. You can watch him talking about Black Lives Matter on NewsMax TV here, discussing the relationship between the police and the black community on Fox’s The Kelly File here, discussing the important role of fathers in families on Fox’s the Kelly File here and discussing efforts for positive change in communities on Fox’s Hannity here.