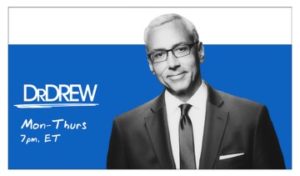 LODGE: Let me bring Horace in here. Horace, if we’re going to point any fingers here, where should we be pointing them?

How about let’s start with hate. It’s a fact that the Southern Poverty Law Center lists the organization that he’s a member of as a hate group, a racist, separatist hate group, and these organizations and these individuals are walking among many of us, and they are saying many of the hateful rhetoric that we see in this video. And others say, “Oh, they just have a difference of opinion.”

COOPER: …Mostly political correctness prevents us from having a serious conversation about the bad behavior and the hate rhetoric.

Too many people have accepted the premise that the only hate and the only racism can from white America and that it should be ignored and it shouldn’t be given much consideration.

We all should be looking at Martin Luther King’s idea that we’re all going to be judged not by the color of our skin, but by the content of our character. This individual demonstrated the very kinds of commentary postings, et cetera. His name change. Everything he was doing was signaling he was part of the hateful rhetoric that is often associated with a lot of this discussion about police officers…

COOPER: First of all, let’s be clear. Just this last week, someone in a well-developed European nation took a truck and killed nearly a hundred people without having to have access to a firearm. The truth of the matter is, hateful activity will allow people to do a number of destructive things.

COOPER: Well, I’m troubled but I’m actually troubled as part of this conversation. I believe that we ought to focus on data points. And it was just said that two shooters who were veterans must imply that there is a problem with our veterans and their likelihood of committing these kinds of dangerous crimes.

There’s absolutely the opposite evidence the data shows. The NIH, the V.A., the Department of Justice shows that our veterans are actuallysubstantially less likely to engage in violence when they return than the general population.

So I don’t want the conversation to go in this direction that somehow implies that the great people who serve and protect our nation are somehow at risk when they come back. This is similar to the lie that’s being put forward about our law enforcement community.

JUDY HO, CLINICAL PSYCHOLOGIST: Well, you know, there’s certainly a lot of other warning signs about the person, and as human beings, we want to categorize. We want to make sense of things and that’s why there are these associations with the fact that he has veteran status with the fact that maybe he is a member of the sovereign state, and something that’s more self-proclaimed, but I think we’re missing the main issue here.

The main issue is he has really said multiple times in broadcasts such as this one that’s playing in the background right now, that he is an independent thinker. These are ideas of his own. And for whatever reason through whatever influences he has, he has come to believe the things he

LODGE: Well here’s what the FBI said in the bulletin way back in 2011. “The FBI considers sovereign citizen extremists as comprising a domestic terrorist movement that scattered across the United States has existed for decades.” Horace, are sovereign citizens terrorists, yes or no?

COOPER: Yes. And in fact, I agree with the doctor. We should be looking at the people who’ve interfaced with this individual. The people that are approving his social media functions. When you’re involved in a group like this that’s clearly a terrorist organization, people around you should be rejecting that behavior, not either ignoring it or affirming.

LODGE: Baton Rouge cop killer Gavin Long was a veteran of the U.S. Military just like Micah Johnson who shot and killed five officers in Dallas 10 days earlier. Tonight, some are blaming their deadly actions on the lack of mental health care available to our veterans. I’m Roger Lodgeback with Lisa, Aaron, Horace, and Judy. 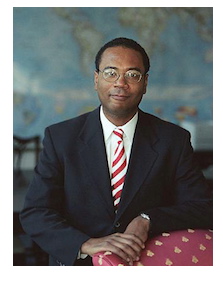 Horace, could this police killings have been prevented in we took better care of our vets?

COOPER: We should take better care of our vets. We should have a national conversation about the importance of improving our mental health treatment and access, but to simply look at the evil that these men perpetrated and assume that treatment would have addressed this issue, I think takes us off course and does a disservice.

These were also men. Are we to believe that merely being men puts you in the category of being a risk factor for shooting up the community? They were black.

UNIDENTIFIED FEMALE: Certainly it does.

COOPER: Does it mean that that’s a risk factor?

When you start looking at these simplistic associations, you get away from the reality that there were unique activities that these individuals were exhibiting that were useful for people if they were paying attention. And I don’t blame the FBI. I am talking about their neighbors. I am talking

about their employers. I am talking about the people that followed them on social media. Those individuals should have been saying, “This is unacceptable.”

COOPER: We don’t have enough data points. If we want to have a conversation about the Veteran Affairs Program and PTSD, sign me up because you can look and see the program is broken. That’s not the issue. The question is, whether that was a factor here. And we don’t have the evidence. In fact, the evidence suggests overwhelmingly that our returning vets are not the likely threat to our community or to our law enforcement officers.

COOPER: Since that’s not the case, we ought to be focusing on what the triggers are that led to this problem so that then we can focus on prevention.

BLOOM: Well NBCNews.com posted a pretty thorough study that vets who were in combat do have a significantly higher chance of being involved…

BLOOM: …in violent crime. Now of course, the majority do not.

COOPER: It is not true.

BLOOM: But we can’t ignore — now, I’m talking. But we can’t ignore the data they come home with PTSD and those combat vets who have PTSD are more likely to engage in violent crime. And we all agree we need to give them the mental health services that they are entitled to after going overseas and serving our country an putting our lives at risk. That’s the least we can do.

If I can find a link to the video, I’ll post it.

Addendum: Horace Cooper will appear on the Dr. Drew show again on Thursday, July 21 to continue the conversation begun in the show described in this blog post. The show runs from 7-8 PM Eastern.