Unlike the heritage of other United States citizens, whose white lives are a matter of willing immigration, black lives are of unwilling, chattel slavery. 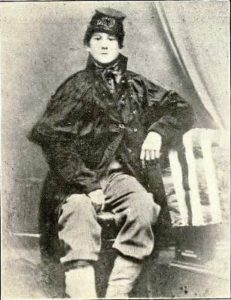 The agendas of the Republican National Committee based in DC purporting to represent Republican interest contradicts that which was originated in 1854-56, when the Party was established.

As long as this republic shall exist, the vanguard message of the Republican Party is that which first and foremost concerns itself with the matter of black lives.

By Abraham Lincoln’s Emancipation Proclamation, and Union’s liberation of the slaves and enactment of the 13th Amendment, the white, Radicals ended the institution, and became the fathers of the Civil Rights movements by the14th and 15th Amendments.

Therefore, the Radical Republicans are actually “blacker” than the 1960’s Black Panthers, in that the former are philosophically far more radical, realistic, and yes, better armed for the liberation causes of black lives than the latter. 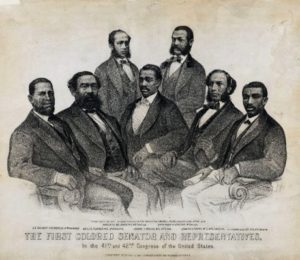 Though their black power philosophies were awash in communist-socialist dogmas of Eastern European, white lives, the Panthers still functioned by the Declaration of Independence and Constitution, particularly the Amendments of the 2nd, 13th , 14th, and 15th.

While utilizing the 2nd Amendment for military self defense, the Panthers had limited access to weaponry, whereas, the Rad-Repubs, though civilians, have Constitutional access to the US military.

Note: According to the 14th Amendment’s 1866 Civil Rights Act, Sections 5 and 9, if necessary, for the “equal justice-protection” of black lives, the US military can be utilized.

Ending the chattel slavery was Phase I of the republic’s application of belated, Declaration of Independence, GOD endowed, inalienable rights; whereas, fulfilling the 14th and 15th Amendments is Phase II, yet to be completed, as evidenced by the state of black lives today.

The 740,000, innocent, boys and men, of both, the Union and Confederate armies killed in the War over the matter of black lives, including the assassinated Abraham Lincoln, were/are white lives. However, 38,000, young, innocent, black boys and men also perished with them.

The white lives whom led anti-slavery movements, and created the anti-slavery, pro black, Republican Party are historically more concerned about the matter of black lives than everyone in the world, including blacks.

This is Ted Hayes for Project 21