28 Aug 2016 The Sounds of Blackness or A False Narrative?

This is a guest post by Emery McClendon of Project 21

The black community has a big problem. It mainly stems from a lack of teaching morals, values, personal responsibility, and a respect for God, country, and the family. All of these were pillars of the black family prior to the civil rights movement, and affirmative action.

What happened to cause this community to decline? 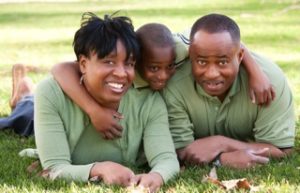 Black kids are not encouraged to learn or to excel anymore. They are constantly presented with the idea that crime pays, and that money comes in fast and easy, if you are willing to take the risk of illegal activity. You don’t need to act white to achieve that goal, they are told.

They watch their parents party, and live in the streets, instead of going to work. Those that do work become targets of harassment, and are ridiculed as being caught up in the system. Those who are educated are called sellouts and are told that they are not “black enough.” They are frequently told that they are white, but caught up in a black body!

Many black children are taught that to survive you need to belong to a gang. In the words of Hillary Clinton, “It takes a Village to raise a child” and “if your child must belong to a gang, let it be a positive one.”

God and attending church are not a priority. Children see the preachers and church leaders doing the same things or more than the people in the streets. They draw the conclusion that they don’t need God. Even when they attend church, they agree that it’s no different than going out to a nightclub on a Saturday night. Everything is the same. The music, the dress code, and the atmosphere are all the same.

They are constantly told that the world, and especially whites, are against them, and that they need the government to help them survive. They are never asked to take it upon themselves to make their own lives better by reaching out for the American Dream.

The so-called civil rights and community leaders have sold them out for a few dollars to the progressive Democrat movement. They give them messages of despair instead of hope. They never ask them to strive for a better life, they just keep telling them that you cannot achieve anything without them, or help from the government.

The music that they listen to teaches them to degrade women, themselves, and authority. It glorifies crime and sin. Many sit in the house all day long and listen to its degrading messages and watch disgusting music videos all day long, never lifting a finger to work or to find out what is going on in their community, the nation, or world around them.

They never pay attention to current events or what happens on Wall Street, K Street, in Washington D.C., or local government. They have no idea how the government works, and they place the blame on everyone else but themselves.

They have allowed the progressive Democrats to lead them to the ghettos, make them dependent, and to destroy their communities with destructive polices, such as abortion, that have ruined black families since the days of the New Deal. We could go on and on.

A serious problem that is prevalent today is that most blacks refuse to move on from the 1860s mentality, or the pre-civil rights era. They still place the blame on others, and refuse to look for solutions among themselves. They have accepted the welfare state as the norm.

Having said all of this, I must also say that a lot of blame belongs on the establishment rich and their foundations. They have founded and continue to fund, train, and encourage radical groups to enlist these young people into the movement for the purpose of keeping them down, causing riots, and keeping them enslaved on the new plantation.

This is a multi-phased problem, and it is designed to keep Americans divided against one another.

Abortion and drugs are just a few of the tools that are used to keep the black community in check. They claim that Black lives matter to them, but ignore those in the womb. Abortion is the leading cause of death in the black community, not police shootings.

So, you might ask, how do we turn the tide and help make these communities better?

First of all, we must strengthen the family unit. Marriage and respect for Godly principles must be taught and practiced. It must be engraved into the minds of those in the black community that all lives matter, because we are all precious in God’s sight. They must be taught the truth about Abortion and people like Margaret Sanger.

Members of the community must be taught to respect authority and the police. They need to know the truth behind radical groups such as Black Lives Matter.

They must be educated in civics, how our government was founded, and how it works. This must begin with the parents, and be taught in our schools and churches. We must stress that government is an institution that God has given us to make life better. They must be taught to engage themselves in the process of self-governance and community involvement.

They must also be taught that to show love and respect for one another is not a weakness, but a God-given strength.

These principles must be first taught to those who are active in the community, and to those who have escaped the clutches of the welfare system. They will in turn serve as examples to those looking for a way out. The community needs positive role models.

These are just a few suggestions that merely scratch the surface.

These problems will not be fixed overnight because the progressives have taken years to entrench these negative values into our society. We must purge them one by one. Remembering that, it is not to late to take a stand, or to work together to make our nation better and stronger.

Those who founded this nation had a dream of an America that would include everyone working together to make our nation stronger and stronger as we progressed into the future. We can work to keep that dream alive today, and we can improve upon their goal, because their dream should also be our dream.

America is not a nation of separate communities, but one nation under God. We have held our place in the world because of our values and principles. We will continue to succeed if we continue to work together in unity, building upon the American Dream.

Let’s continue to do so, and as we do, may we never forget that national security is a priority. We must always remember those who serve our nation in the military that have died to keep us free. They sacrificed for us all.

The black community has a lot to be proud of when it comes to our military, because many black families have a history of rich military tradition in their family lineage. We need to teach that history to them as well.

Guest posts reflect the views of their authors, and not necessarily those of Project 21 or of the National Center