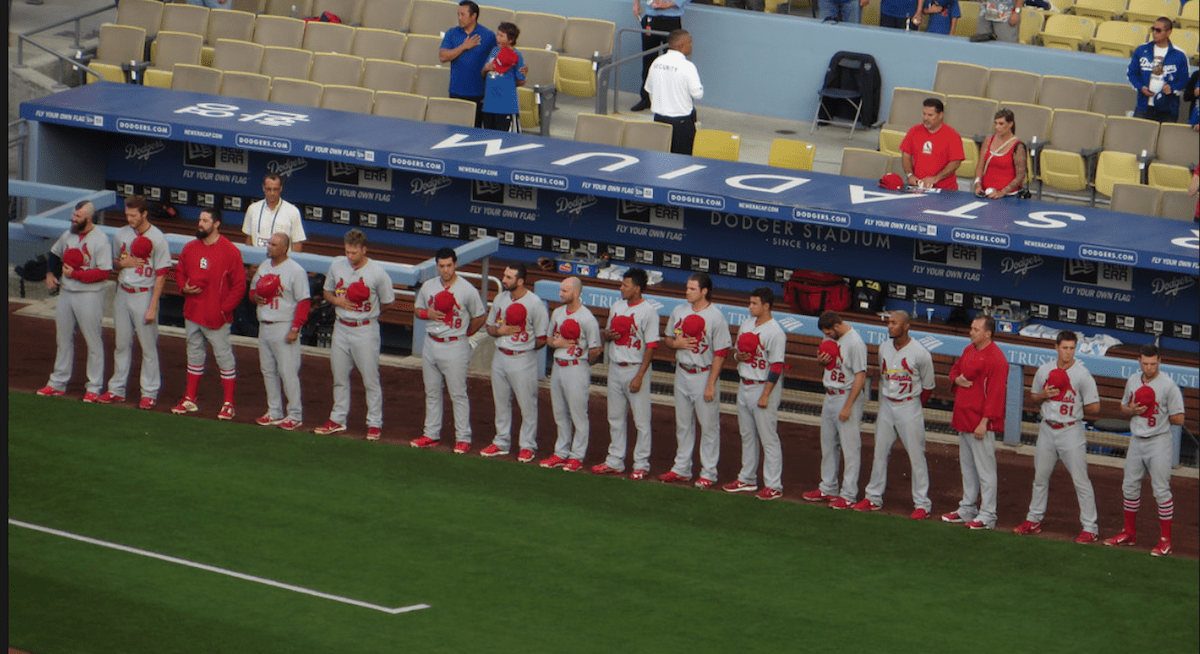 Washington, D.C. – As the NAACP’s California chapter argues that the “Star-Spangled Banner” should be dropped as America’s national song because it is “racist” and “anti-black,” members of the Project 21 black leadership network condemn such claims as cynical and divisive. Black conservatives with Project 21 also note that this lobbying by the NAACP conflicts with earlier claims by left-wing activists that activities such as NFL players kneeling during the National Anthem are about free speech and not directed at the flag or the song.

“This is sad. We have a so-called civil rights group so desperate to find racial division and bigotry that it invents it by slurring our nation’s anthem,” said Project 21 Co-Chairman Horace Cooper, a former assistant law professor at the Antonin Scalia Law School at George Mason University. “The National Anthem is the citizen’s hymn of America. It represents all that is great about our country. The California NAACP should know better.”

At its recent state conference, the California chapter of the NAACP passed a resolution demanding that the “Star-Spangled Banner” no longer be America’s anthem. It is currently trying to gain support for its cause among state lawmakers in the Golden State. In doing so, it contradicts earlier assertions that recent protests have nothing to do with the flag or the song.

“I guess the California NAACP didn’t get the memo that these protests are not about protesting the flag, but are supposedly about First Amendment rights. Calling for the removal of the ‘Star-Spangled Banner’ as the National Anthem puts the protest spotlight directly on the flag and completely contradicts the First Amendment argument,” said Project 21 member Christopher Arps, a principal with Red Tail Strategies and co-founder of the Move-On-Up.org black social network. “Not only are black America’s political leaders incompetent and impotent, they don’t even have a clue how to conduct a political strategy.

In making its case against the “Star-Spangled Banner,” the NAACP chapter cites the third verse of the song — a verse that is not well-known and not sung in the context of the National Anthem. One line in that verse reads, “No refuge could save the hireling and slave.” Historically, the words “hireling” and “slave” could have applied to many types of people at that time and may not necessarily have been referring to chattel slavery. Furthermore, there is no documentation of author Francis Scott Key ever explaining the meaning of the line.

Cooper noted: “Claiming that the lines from a song written in 1814 were intended to malign blacks reveals more about either their ignorance of history or their willingness to outright fabricate claims against our country. I feel the need to condemn this action in the strongest terms. Dividing America for no just reason in this cynical way may bring attention and maybe even financial support to this chapter, but at what cost?”

Project 21 member Ted Hayes, a community activist in Los Angeles, added: “Similar to tearing down Confederate statues, this is another distraction from the reality that the NAACP has failed to stop the mad, self-destructive and murderous carnage of black citizens at their own hands. Now no longer stealthy in an apparent mission to destroy the U.S.A. more than the National Anthem, the NAACP might as well seek to remove our Constitution — finally revealing itself as a socialistic, anti-American entity.”

To book an interview with Cooper, Arps, Hayes or another Project 21 member about this or other nonpartisan issues affecting black America, contact Judy Kent at (703) 759-7476.