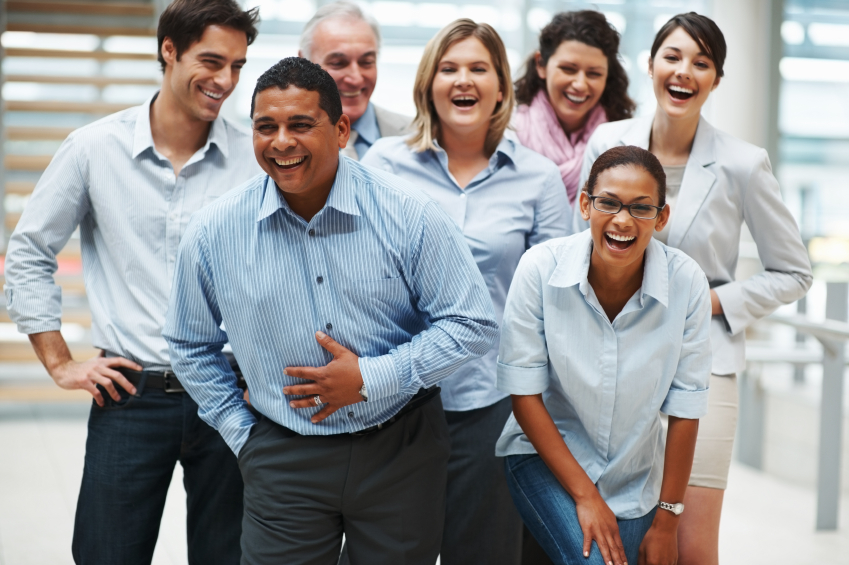 09 Feb 2018 Here is the State of Comedy in the Trump Era, by Jerome Danner

In a sense, comedy in the age of Trump’s presidency is much like comedy during any other presidency: It provides an escapism from the frustrating moments of reality, which include politics. A big difference is that many of today’s more famous comedians share similar political traits to the traits found in mainstream media. Many comedians are inclined to pass off their biased views as objective and true when it comes to conservative politicians and conservative viewpoints.

When it comes to Hollywood and political commentary shows, many celebrities of a leftist ilk have a kind of mafia thing going on about exactly whom they allow into their ranks. Not to insinuate a violent or criminal element to these industries, but they tend to behave in a fashion that suggests they adhere to something similar to the La Cosa Nostra motto — “this thing of ours.” If any individual is not on board with their way or their view, then there is no need to apply for membership.

Apparently, this same concept works in comedy as well. It would seem that today’s comic must use humor that has a progressive bent to it. Think about it: How many times have you heard of a comedian — on Comedy Central, say, or a major television show — making jokes in favor of a pro-life stance on abortion or spoke of how proud he was to be a supporter of Trump? Apparently, all comedy is not welcome, even if it’s funny. Plus, as Kathy Griffin may have learned last year, it can be debated whether some comedy is actually good, even if it receives a high volume of laughter.

Comedians may lead the way to a biased viewpoint

A few days ago, the MSNBC show “AM Joy with Joy Reid” featured a segment called “Comedians Leading the Way to Truth in the Trump Era,” which gave time for her panel to discuss comedy and the Nunes memo. During the panel discussion, the host and her three guests determined to pat other entertainers on their backs for echoing issues and commentary from a left-wing bias cloaked in — what some people might call — humor.

At the beginning of the segment, after a stale routine from Samantha Bee, Reid stated: “Comedy is having a ‘moment’ under the Trump presidency. And some of the best comics maybe doing a better job than the press of exposing this administration’s flaws and hypocrisies.” Well, is it really having a moment? Or are comedians just doing what is typically done under most Republican presidents — blasting the presidents mostly, for being Republicans and appearing to not care for minorities?

Comedy is having a moment that has been repetitive for years. Some left-wing comedians participate in echo chambers. That is the moment that Reid is actually talking about.

Echo chambers are fine for people who do not mind continuing to say or hear half-truths, falsehoods and stated feelings that are void of facts. And, by the way, you may consider yourself “woke” for speaking “your truth”, but “your truth” is not the truth. (Notice that the last two words did not need quotes around them.) “Your truth” is subjective. It is your opinion, like how you may have high praise for a particular restaurant that disgusts someone else. Your feelings (or “your truth”) in no way negate another’s feelings. However, the truth is something which is in accordance with fact or reality. Some things just cannot be subject to change from person to person. In comedy, what is true can be manipulated for the sake of what is more entertaining.

Jimmy Kimmel should not think too highly of himself

Recently, late night television show host Jimmy Kimmel has been lifted up and praised as some kind of truth-bearer for liberal viewpoints in politics. He may be praised for his authentic delivery when it comes to commenting on politics or culture on his show, but the hand-clapping should stop there. In his piece — “Why have we let actors become our moral guides?” — for the American Enterprise Institute, Jonah Goldberg made an astute point when he wrote in January:

As a culture, we’ve elevated “authenticity” to a new form of moral authority. We look to our feelings for guidance. Actors, as a class, are feelings merchants. While they may indeed be “out of touch” with the rest of America from time to time, actors are adept at being in touch with their feelings.

Although hosts such as Kimmel and Samantha Bee are not actors, they connect with their audiences by putting on a certain act, even if that act is quite genuine. However, if hosts these particular individuals were truly authentic and actual intellectuals and not just sounding boards for the Democratic Party, then they should be game for a meeting of minds and debate ideas. Dave Rubin, host of The Rubin Report, actually has a place where the conversation can be held. He has already offered to moderate the engagement.

It would be interesting to see if Kimmel actually accepted a chance to interact with some of the right’s most thoughtful pundits. Kimmel may be right that it takes a level of intelligence to be a liberal or talk show host, but it takes an even higher level of intellect to debate one’s ideas with confidence against another highly intelligent individual. If Kimmel did dialogue with Shapiro, Crowder, or Elder, his destruction would be immediate but it would be entertaining.

Unless Andrew Klavan is right, then it is possible that Shapiro would at least be the one to bow out of the debate because he somehow knows Kimmel would not have a chance against him.

Regardless, what makes Shapiro and others listed in Rubin’s tweet above different is that they desire to speak truth with or without applause. What some may fail to see or remember is that truth can stand in silence, is not always with the majority, and may not always have a huge fan base. Kimmel can be shown some respect for being genuine about having healthy discussions about DACA recipients and other cultural matters, but let us not act like the man is some kind of public intellectual just yet. Public intellectuals do not just speak to their crowd to a rousing applause. They engage others that see the world differently from them to find the truth.

Jerome Danner is a member of Project 21, an initiative of The National Center for Public Policy Research. This piece was originally published by The Daily Caller.