ConservativeBlog.org
Posted at 08:51h in Blog, Project 21 by David Almasi

The jokes have turned very dark lately, as the New York-Hollywood comedy cabal has largely become a weapon of the left in its war on the Trump Administration. With the exception of Jimmy Fallon, for example, late-night chat shows are less funny and more foul-mouthed political rants. 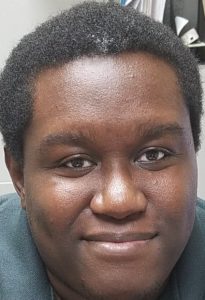 In a new commentary in the Daily Caller, “Here is the State of Comedy in the Trump Era,” Project 21 member Jerome Danner calls new world of comedy “a kind of mafia thing.” Comparing the ways of the comedy world to the La Cosa Nostra, he noted that “[i]f any individual is not on board with their way or their view, then there is no need to apply for membership.”

Think about it: How many times have you heard of a comedian – on Comedy Central, say, or a major television show – making jokes in favor of a pro-life stance on abortion or spoke of how proud he was to be a support of Trump?

Consider that Owen Benjamin poked fun at an NPR host for raising his biological son as a female and found himself fired from scheduled shows and dropped from representation. Chris Rock and Jerry Seinfeld won’t play colleges anymore due to audiences they say don’t find their humor funny anymore. Recent GRAMMY Award-winning comic Dave Chappelle was criticized for jokes that upset LGBT activists, but he seems to be forgiven since he’s also outspoken against Trump.

But an apparent disdain for flyover country and the president they elected is experiencing a backlash. Late-night ratings are suffering. George Lopez was booed during an anti-Trump rant. Michael Moore’s Broadway show was a flop. Why? Jerome noted the comedy world has become an “echo chamber” that has lost its funny. Citing a Joy Reid-led panel discussion on MSNBC called “Comedians Leading the Way to Truth in the Trump Era,” in which Reid suggested “the best comics may be doing a better job than the press of exposing this administration’s flaws and hypocrisies.” Jerome wrote:

Echo chambers are fine for people who do not mind continuing to say or hear half-truths, falsehoods and stated feelings that are void of facts. And, by the way, you may consider yourself “woke” for speaking “your truth,” but “your truth” is not the truth… “Your truth” is subjective… In comedy, what is true can be manipulated for the sake of what is more entertaining.

Jerome suggested some of these hosts could spice up their programming and maybe even make their case if they brought on a diversity of guests. For example, conservative commentator Ben Shapiro of the Daily Wire – whose child was treated for the same heart condition by the same doctor in the same hospital as Jimmy Kimmel’s much-publicized child – would love to debate Kimmel:

It would be interesting to see if Kimmel actually accepted a chance to interact with some of the right’s most thoughtful pundits. Kimmel may be right that it takes a level of intelligence to be a liberal or talk show host, but it takes an even higher level of intellect to debate one’s ideas with confidence against another highly intelligent individual. If Kimmel did dialogue with Shapiro, [Steven] Crowder, or [Larry] Elder, his destruction would be immediate but it would be entertaining.

While MSNBC’s Reid may smile when she says that these comedians are “having a moment” in their Trump criticism, she might consider that everything they are complaining about right now might be of their own doing. Back in 2011, Seth Meyers and then-President Barack Obama lampooned Trump at the 2011 White House Correspondents’ Dinner (“Viciously Mocked” was the term used by Vox). This may have been the moment Trump really got serious about running.

Their nasty humor may have had far-reaching consequences. Who would have guessed Seth Meyer’s nasty barbs in 2011 would result in the American embassy in Israel finally being moved from Tel Aviv to Jerusalem in 2017?