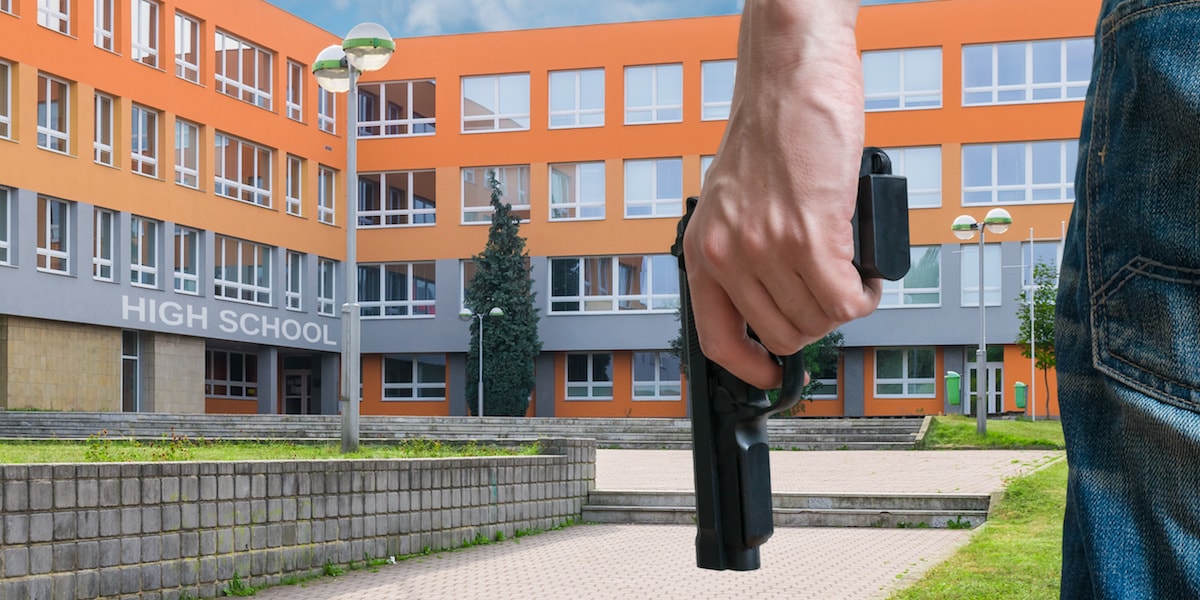 America is accused of being afflicted with a “gun culture.” Yet we are always surprised – most recently in Parkland, Florida – when school shootings take our children from us.

Our alleged gun culture, if it must be called that, existed since our nation’s founding. The rights our Founding Fathers sought to protect – including gun ownership – are not the problem. What we must address is not guns themselves but how young people get them. More important, however, is the need for effective school safety strategies that look beyond politics. The only plan liberals seem to agree upon is gun confiscation — an unconstitutional impossibility. Dr. Darrin Porcher, a retired NYPD lieutenant, says: “Gun control has been seen as a panacea to gun violence. This is a flawed monolithic strategy because it fails to attack the root causes of gun violence.”

Porcher says gun bans only put law-abiding citizens at a disadvantage because criminals will always find a way to acquire guns. The solution to gun violence, he says, comes through “the triangulation of education, mental health and socioeconomics.”

As a clergyman, law enforcement officer and former inner-city school teacher, I have seen firsthand the many factors contributing to increasing societal violence. There’s growing family dysfunction with too many fatherless families. There are more unchurched people. Schools ban faith. We have a culture where parents allow their children access to a constant stream of violence and anger through video games, social media, YouTube and entertainment media.

But Parkland raises another issue. While the shooter is clearly to blame, institutional and human error in dealing with the situation also bears responsibility for the carnage.

Porcher advises that “immediately confronting the shooter minimizes the window for casualties.” With the shooter a known threat to safety in Parkland, security should have been there to immediately lock the door and call the police. Additionally, the FBI got a tip about the shooter in January. “Traditionally, complaints come into the FBI’s call system and are farmed out to the FBI regional office,” Porcher points out. “The tip should have immediately been sent to the Miami office for assignment to an agent. Unfortunately, this did not occur.”

Having recently received tactical active shooter training at the Federal Law Enforcement Training Center, I am aware of the new methods for addressing active shooters. Officers are now expected to be bolder. Before Columbine and Sandy Hook, standard procedure was for the first officer on the scene to set a perimeter and wait for the SWAT team. Today, officers like me are being trained to go into buildings and eliminate threats as quickly as possible – minimizing the loss of life.

Unfortunately, most officers do not receive this training. Many communities have yet to adequately address real and growing threats. There are plenty of demands for a “solution,” but who’s really protecting our children right now? Are local officers being trained to appropriately deal with active shooters? As some communities reduce their police departments’ size and budget, are they still prepared?

Amy Benningfield, a deputy constable in Texas and mother of two, says, “It’s come down to needing better security in schools such as metal detectors.” She adds that “teachers should be armed so they can protect their students, and we – as parents – need to give our kids info on how to protect themselves in these kinds of situations.”

People are quick to forget it is not the job of the police to provide personal protection. Politicians, office buildings, major sporting events, banks and jewelry stores might be afforded such a luxury, but the most innocent among us are still usually left to the mercy of a sign that restates what law-abiding citizens already know and are already committed to: “This is a gun-free zone.”

Council Nedd II is co-chairman of the Project 21 black leadership network and also a Pennsylvania constable and Anglican bishop. This piece was originally published by The Daily Caller.