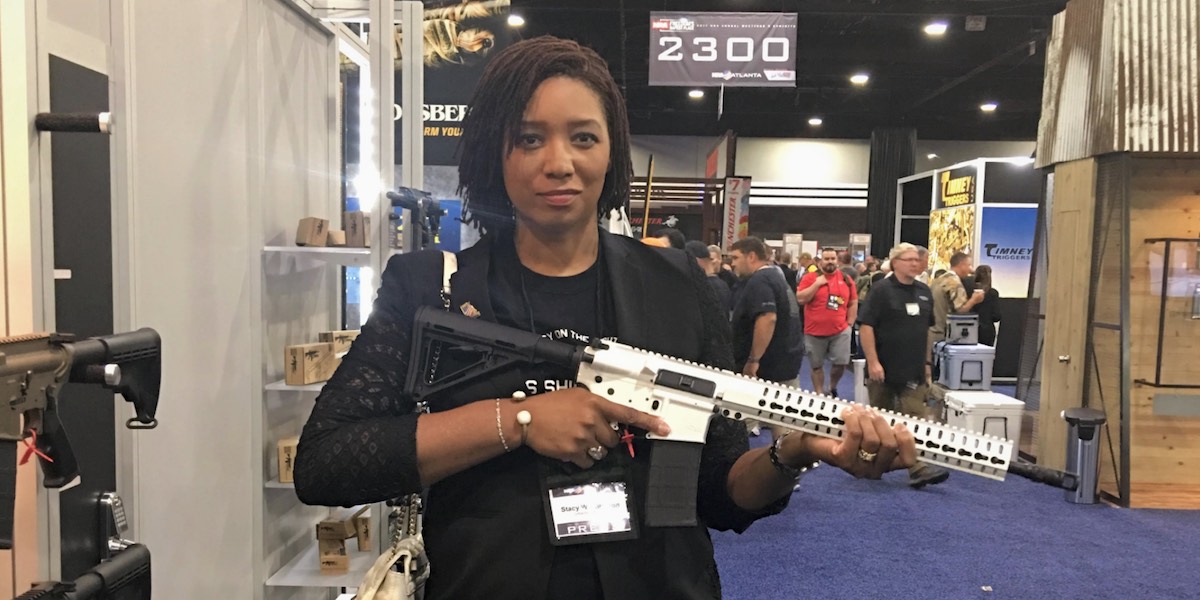 20 Mar 2018 Throwing Shade on the Second Amendment, by Stacy Washington

Politically correct retailers are traveling down a road of discrimination by setting their own arbitrary age limits for purchasing guns. Since the horrible shooting last month in Parkland, Florida, age restrictions for purchasing the boogeyman of choice — the dreaded AR-15 — have been instituted. In some cases, retailers have announced that no guns of any kind will be sold to anyone under the age of 21.

While it’s perversely amusing to see the same people who demand Christian bakers provide wedding cakes for same-sex weddings justify — and even applaud — businesses using age to deny service to those wanting to own guns, this denial of constitutional freedoms is no laughing matter.

Dick’s Sporting Goods, Walmart, Fred Meyer, Bi-Mart and L.L. Bean are throwing shade on the Second Amendment by imposing their own rules on who can buy a gun, and it’s being met with great fanfare and approval from the mainstream media.

Active duty service members around the world are watching in horror as their right to own and purchase firearms is assaulted by emotionally driven, gun-grabbing leftists. It creates the odd situation in which a young, decorated U.S. Army rifleman could return from combat duty in Afghanistan to find he cannot buy a rifle to go hunting. Some stores will also refuse to sell him ammunition. Go figure.

As a black veteran, mother and gun owner, I find it all quite disturbing.

There are already age limits for purchasing guns in the same way the government limits the purchase of alcohol and tobacco. Under federal law, the minimum age to purchase a gun is 18. Some stores are now going above and beyond the legal minimum — impeding the lawful ownership of guns.

Doing this disrespects their customers, puts their investors at risk and sets the companies up for legal retribution.

Consumers may not be a protected class under anti-discrimination regulations, but age does afford legal protection. There are many circumstances in which age discrimination of consumers has been condemned:

A federal court ruled girls could buy the “morning-after pill” without a prescription, leading the Food and Drug Administration to approve over-the-counter sales of the powerful abortifacient to 15-year-olds. This cuts parents out of the equation, but is apparently irrelevant when advancing the cause of so-called sexual rights.

A California court found it discriminatory for the dating app Tinder to require an additional charge of $10 to access premium services by users over 30. Ageists.

The Equal Credit Opportunity Act prohibits creditors from discouraging loans on the basis of age. It also protects against discrimination on the basis of race, color, religion and national origin. It is a reminder that the next barrier to gun ownership could be predicated on one of these factors.

While age does not convey maturity and mental fitness, if a person is fit to carry and use a gun while serving in the military it follows that same person is fit to purchase and own a firearm for personal use. Second Amendment advocates strongly support strengthening our mental health care apparatus, which has been dismantled. We must place a laser focus on reconstructing systems that aid families in assisting mentally ill family members instead of scapegoating gun owners based on their age.

Age as a number is a red herring. The same people demanding we raise the age to own a firearm also advocate lowering the voting age. This inconvenient fact demonstrates that the emphasis on age is nothing more than a political ploy. The price for indulging these useless endeavors is our freedom and security, and those things are too valuable to risk.

Stacy Washington is co-chairman of the Project 21 black leadership network. A veteran of the U.S. Air Force, she currently hosts the “Stacy on the Right” radio show on the American Family Radio and Urban Family Talk networks. This piece was originally published by The Washington Times.