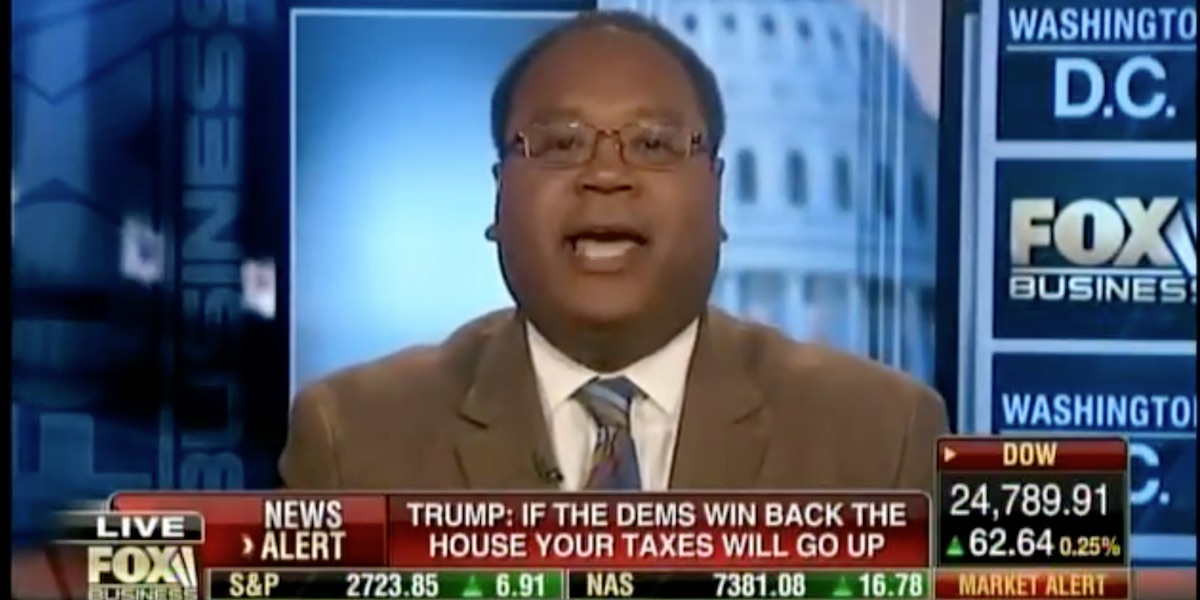 “Horace, you make a lot of sense!”

That was the wise judgement of Fox Business Network host Stuart Varney about National Center Senior Fellow Horace Cooper. He recently appeared on that channel to discuss the liberal political strategy of going after President Donald Trump’s character instead of his policies.

Horace called it an “awful strategy.” He speaks from experience as former counsel to House Majority Leader Richard Armey, who assumed his congressional leadership role after the 1994 wave election flipped political control of the U.S. House of Representatives for the first time in decades.

“You have to have something to be someone,” Horace explained. To reinforce his point, he explained how the trashing of President Bill Clinton’s reputation in 1998 reversed the political trend of a sitting president losing seats in an off-year election.

You must absolutely have an agenda in this country that is attractive to people. What’s being offered right now is “join us – we don’t like the President, too.” That’s going nowhere.

When the conversation turned to sanctuary cities and the willful disobedience of state and local officials with regard to federal immigration statues, Horace said he was “troubled by this trend.”

In thinking they have a legitimacy in engaging in “resistance against lawful federal authority,” Horace compared these officials to the equally wrongheaded attitudes of political leaders who defied the government on civil rights policy in the 1950s and 1960s.

In closing, Varney doubled-down on his praise for Horace, virtually guaranteeing there will be more clips like this in the future:

VARNEY: Like I said before, you make far too much sense, Horace Cooper. And, if you’re not careful, you’re going to be back as a regular on this show. Can you handle that?

COOPER: All I can do is tell the truth as I see it.

VARNEY: And you’re good at it, too!