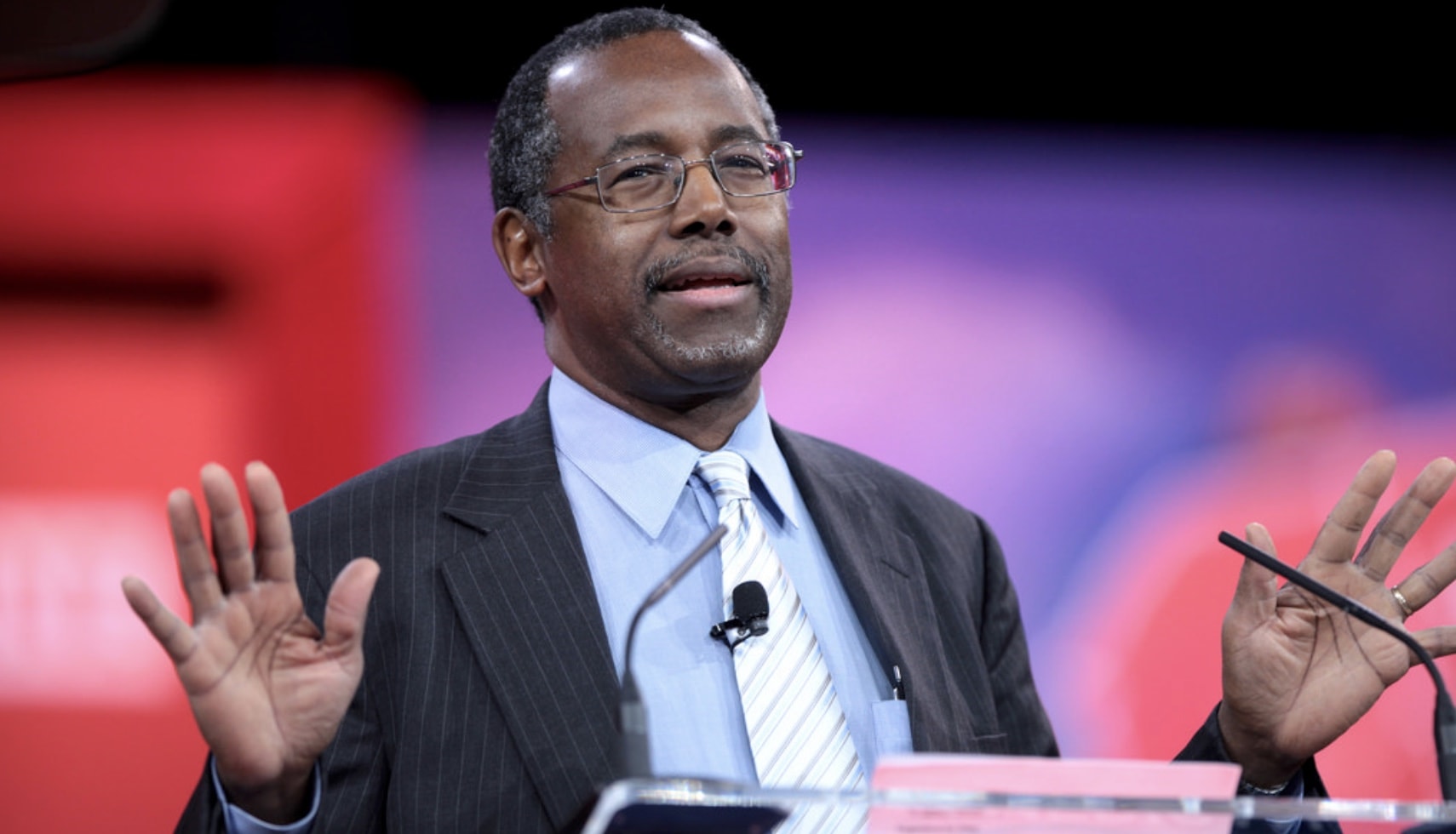 07 Apr 2018 Swamp Creatures are Terrified of What Ben Carson is Doing to Clean Up HUD, by Horace Cooper

It’s been a year since Dr. Ben Carson was confirmed as Secretary for Housing and Urban Development. For most of its existence HUD is the cabinet-level agency probably best known for management challenges and the occasional corruption scandal involving local government officials abusing funds.

Liberals love HUD, because it hands out billions of dollars in the name of social justice. Not coincidentally, the money is often hard to account for, which is why it often ends up in the pocket of corrupt officials.

HUD has a long history of mismanagement and neglect. The agency’s financial statements are such a mess that the agency’s own Inspector General couldn’t complete an internal audit of the agency’s books. In fact, the Government Accountability Office (GAO) issued a report in 2016, based on numerous HUD IG and GAO audits over a 15-year period, in which it reported that the agency failed to implement multiple financial accountability recommendations. Additionally, the agency seemingly ignored recommendations to dedicate staff and implement and enforce policies to prevent waste, fraud, and abuse.

This level of institutional corruption is the very essence of the swamp. And indeed, the swamp dwellers are fighting to keep things the way they were.

Then Ben Carson moved in and started turning things around.

President Donald Trump’s new budget for Fiscal Year 2019 proposes to eliminate more than $4 billion in HUD grants, believing the money would be better managed, and more effective, if it originated at the state and local level. At the same time, Secretary Carson is implementing a culture of accountability and financial responsibility that the agency hasn’t experienced in years. This began with the hiring of a former partner with one of the big four accounting firms to serve as the agency’s chief financial officer. This vital role has not had a permanent occupant for more than a decade. The Secretary then directed the CFO to design and implement a transformation plan and lead an internal task force to combat waste, fraud, and abuse.

The secretary also set the agency on course to manage its existing resources in an accountable manner.

From the standpoint of swamp dwellers, accountable and lower HUD budgets are intolerable. However, Ben Carson is a very smart black conservative leader who understands the importance of applying conservative principles to our nation’s housing and urban planning needs. Nevertheless, the stakes are high. If he succeeds as an administrator in whipping HUD into shape, the progressive left will be humiliated. It’s no surprise that the mainstream media, leftist elected officials, and progressive, George Soros-funded groups attack HUD and Carson almost daily.

His critics ran to the establishment media to make a fuss over the since cancelled purchase of a $31,000 dining room set that would have been used by HUD executives for years to come. Replacement was long overdue considering the set was about a half century old.

In addition, a number of these organizations signed on to a letter penned by a so-called “fair housing” group that complained about Carson updating the agency’s mission statement – a routine action that takes place under every incoming administration.

Ironically, many of the housing groups that signed the letter receive taxpayer money through HUD grants. These groups frequently sue HUD over policy changes and implementations. So they take our money, as taxpayers, and then use our money to sue us for even more money. A perfect microcosm of the swamp.

Swamp creatures are terrified of what Ben Carson is doing to clean up HUD. Let’s all hope he keeps at it.

Horace Cooper is co-chairman of the Project 21 National Advisory Board, a senior fellow with the National Center for Public Policy Research and a legal commentator. This article first appeared on The Daily Caller.