ConservativeBlog.org
Posted at 09:59h in Blog, Project 21 by David Almasi Despite their deification of Dr. Martin Luther King, Jr., the political left in America today acts in ways quite estranged from his teachings.

Project 21 member Jerome Danner suggests remedying this through a reintroduction to Dr. King’s specific goal of a colorblind society through a generous repetition of the famous “I Have a Dream” speech.

In a new Daily Caller commentary, Jerome prescribes society get a healthy dose of the speech in conjunction with the public observances of the birth and death of the civil rights icon – along with Black History Month in between – to help overcome the modern left’s insistence on a “collectivist mindset as one’s identity is tied up in their race.”

That famous speech, which celebrates its 55th anniversary this August, was when Dr. King famously described: “I have a dream that my four little children will one day live in a nation where they will not be judged by the color of their skin but by the content of their character.” 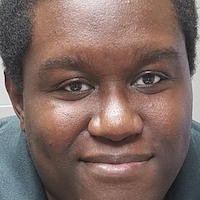 In his commentary, Jerome wrote:

[T]he words continue to deserve a hearing because many people still have not quite captured its genius. There are lessons to still be learned – specifically, a thought he had on judging people by the color of their skin.

The newfound embrace of identity politics after so much racial reconciliation has been accomplished, Jerome noted, creates a false narrative:

It is why “white privilege” is argued as a very real issue in our country, even for Caucasian people who have never felt any actual privilege in their lives or have had to work just as hard as their counterparts who are minorities…

There are those who play up identity politics and see identities wrapped in skin color or being almost completely associated with it. Then, their logic becomes the melanin in your skin will determine how you vote and sometimes reveal your worldview…

Until our society remembers this particular truth, the ‘I Have a Dream’ speech should continue to be played. Consequently, it will do society even better if a discussion was initiated in classrooms and other forums each time it is revisited.

To read Jerome’s commentary – “Americans Need To Hear Martin Luther King, Jr.’s ‘I Have a Dream’ Speech Again and Again” – in its entirety, click here.