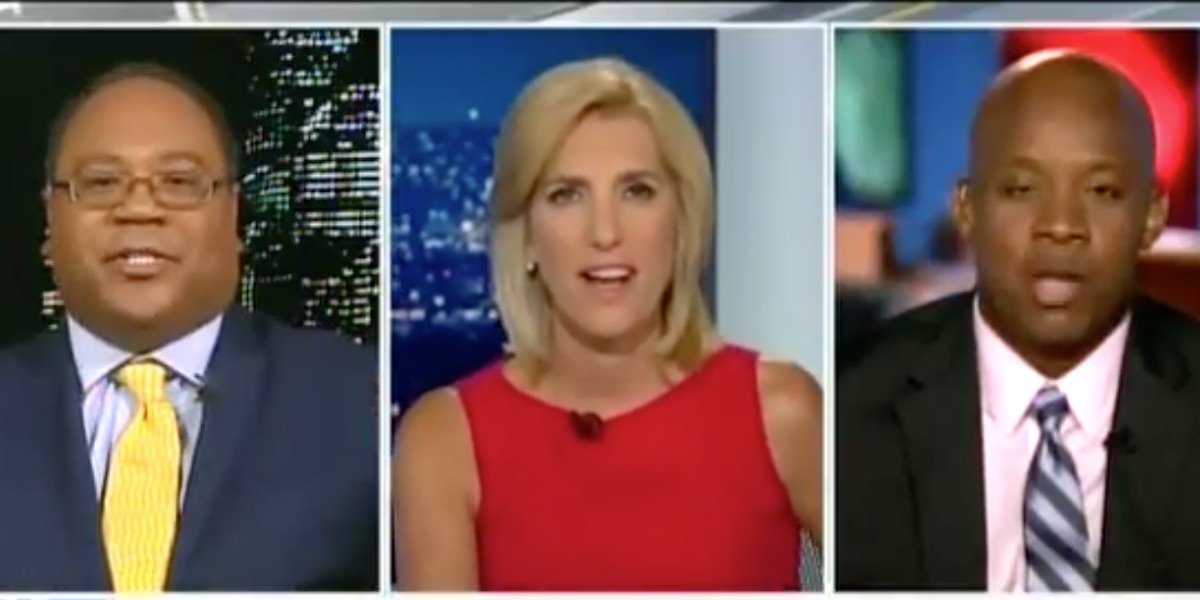 Previously, those wanting to create an excuse for kneeling football players and demeaning the United States at every possible turn tried to say that the National Anthem was an inherently racist song because it contained derogatory references to slaves. But a literal interpretation of a more than two-centuries-old lyric in a stanza not popularly known proved to be weak sauce.

So the National Anthem is now being compared to a slave work song – with NFL players naturally being cast as the slaves. The comparison was made popular by former basketball star Kareen Abdul-Jabbar in a Hollywood Reporter commentary. Project 21 Co-Chairman Horace Cooper called it part of a campaign of “hateful behavior” against America during a recent Fox News Channel discussion.

Jabbar suggested that “singing slaves would drown out [slaveowners’] own cruelty and oppression, [and] clothe them in a coerced choir of decency.” To add to this indignity, “they had to sing their oppressor’s feel-good songs.” And this, of course, translates into forcing professional football players to stand for the National Anthem right now.

Kareem Abdul-Jabbar and these multi-millionaire, coddled individuals that, rather than use their time constructively… to pursue whatever social justice causes they want, have decided that they hate this country so much that they will offend it when the National Anthem is played — that will lose. That is not gonna persuade.

Tall nonetheless said, “I don’t think it’s going too far.” Horace put things in perspective by pointing out how those with much less are suffering in silence while privileged sports stars parade their radicalism and receive the attention of the media:

There are Americans – black, white and brown – who suffer and who are deprived and who do without. Those people aren’t getting any of the attention. Not because of their race.

Horace also called out the hypocrisy of these very rich football players – paid to play a game – in likening their lifestyles to slaves in 18thand 19thcentury America, and how they are hurting themselves in the long-term:

The one-percenters sitting out there on the field want us to believe that their experience is the same as people who were held captive, kidnapped, brought to work and forced – and not allowed to have any freedom. That that’s the same!

That, when we honor our country with the National Anthem, it’s the same one-percenters – who are paid by the 0.0001 percent [who] ask them not to offend the audience. That that’s somehow in any way akin to slavery.

What you do is lose people. You make sure the public doesn’t watch football, and that people don’t join this particular crusade.

And Horace’s comments got great initial reactions on Twitter: