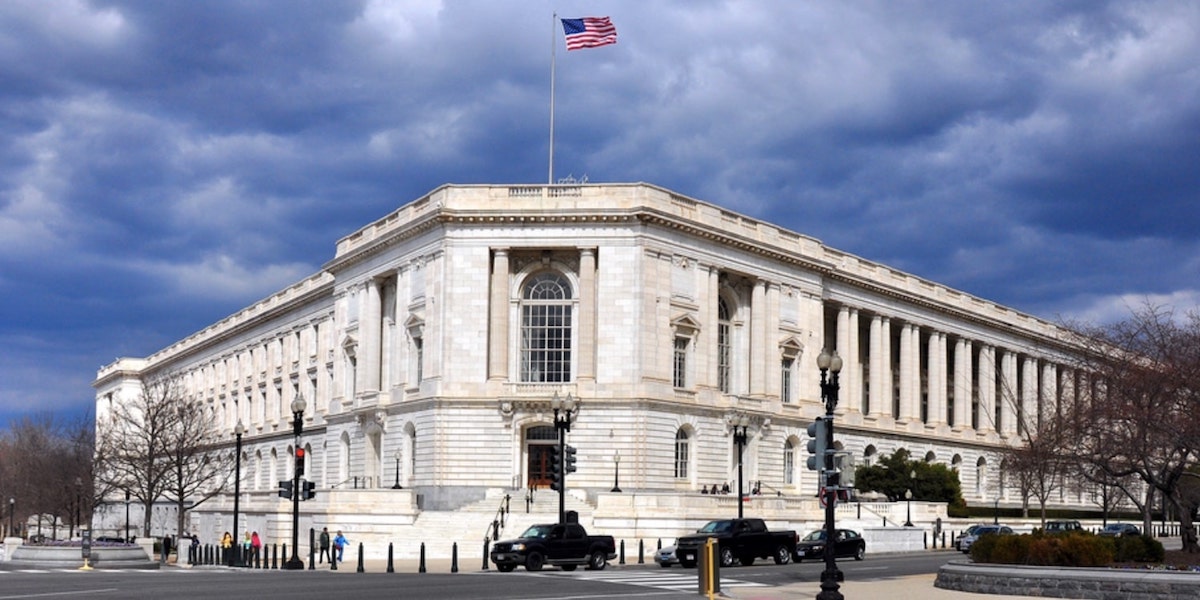 23 Oct 2018 In Renaming Senate Building, Is Any Candidate Perfect? by Christopher Arps

John McCain, the late Arizona senator and former presidential nominee, was referred to as a “maverick” by his colleagues and the media for his fierce independence.

McCain, who began his service to our nation as a Navy pilot and then became a prisoner of war in Vietnam, received many accolades and honors over the years. But the latest proposed honor is stirring a bit of controversy. Senate Minority Leader Chuck Schumer has proposed renaming the Richard Russell Senate Office Building on Capitol Hill in honor of McCain.

Simple enough, right? Until I started working for former senator Jim Talent, R-Missouri, after his 2002 election, I had no idea there were office buildings in the shadow of the U.S. Capitol named after notable senators and congressmen. I just assumed members and their staff all had offices in the Capitol building itself.

Ironically, the Talent office was in the Russell Building.

That led me to get an education about who Richard Brevard Russell Jr. was.

Representing Georgia as both its governor and a senator, Russell, a Democrat, served in the Senate from 1933 until his death in 1971. Despite being a New Deal progressive and ally of President Franklin D. Roosevelt, he later became the unofficial chairman of the Senate’s bipartisan and informal “conservative coalition” that brought together northern Republicans and southern Democrats.

While anti-union, this coalition was also known for its opposition to civil rights legislation. Illinois senator Everett Dirksen, a Republican and another member of that coalition, later broke with them and helped form another coalition to secure the passage of the Civil Rights Act of 1964. Dirksen, by the way, has the building next to the Russell Building named after him.

Russell, with ardent segregationist Senator Strom Thurmond, created the 1956 “Southern Manifesto” that laid out opposition to racial integration of public places. It was drafted to counter the landmark Brown v. Board of Education school desegregation decision handed down by the U.S. Supreme Court two years earlier.

The building should have never been named after a segregationist in the first place — even if he did have a distinguished career that saw him rise to the position of committee chairman and president pro tempore. It is fitting for this building to be renamed in John McCain’s honor.

But are Schumer’s motivations fully transparent? It could be argued that there’s more politics in the mix than praise. While Schumer gets to brush an embarrassing legacy of a member of his own party under the rug, he gets to further advance the stature of a very vocal critic of President Donald Trump.

In one of his last acts of maverick moves, McCain’s pivotal “thumbs-down” gesture on the Senate floor during the Obamacare debate saved it from being repealed and relegated to the dustbin of bad legislative ideas. Even McCain’s funeral was considered a political event.

Interestingly, many of those who laud McCain now didn’t like his maverick ways when he ran against Barack Obama for the White House in 2008. Back then, he was called a racist for the things he called his Vietnamese captors. He was criticized for voting against making Dr. Martin Luther King, Jr.’s birthday a federal holiday. He was branded Islamophobic in 2013 for referring to former Iranian president Mahmoud Ahmadinejad as a “monkey.” He was criticized for voting to confirm Justice Neil Gorsuch, and who knows what would have happened to his legacy among liberals if he lived long enough to support Brett Kavanaugh.

With this in mind, when might people clamoring for a McCain Senate Office Building to be renamed? Bloomberg Opinion recently suggested that “Congress should adopt a retroactive rule requiring that the naming of federal buildings come with a 50-year sunset clause.”

Shouldn’t greatness stand the test of time? If you can’t find greatness, perhaps don’t name the building after anyone at all.

This might be why Schumer didn’t previously suggest the Russell Building be named for the late senator Edward M. Kennedy.

Christopher Arps, a member of the Project 21 national advisory council, is a managing partner with the digital media and political consulting firm Capitol Consulting Group LLC. He is also the co-founder of Move-On-Up.org, a 43-state network of conservative and moderate black Americans. This was originally published by InsideSources.