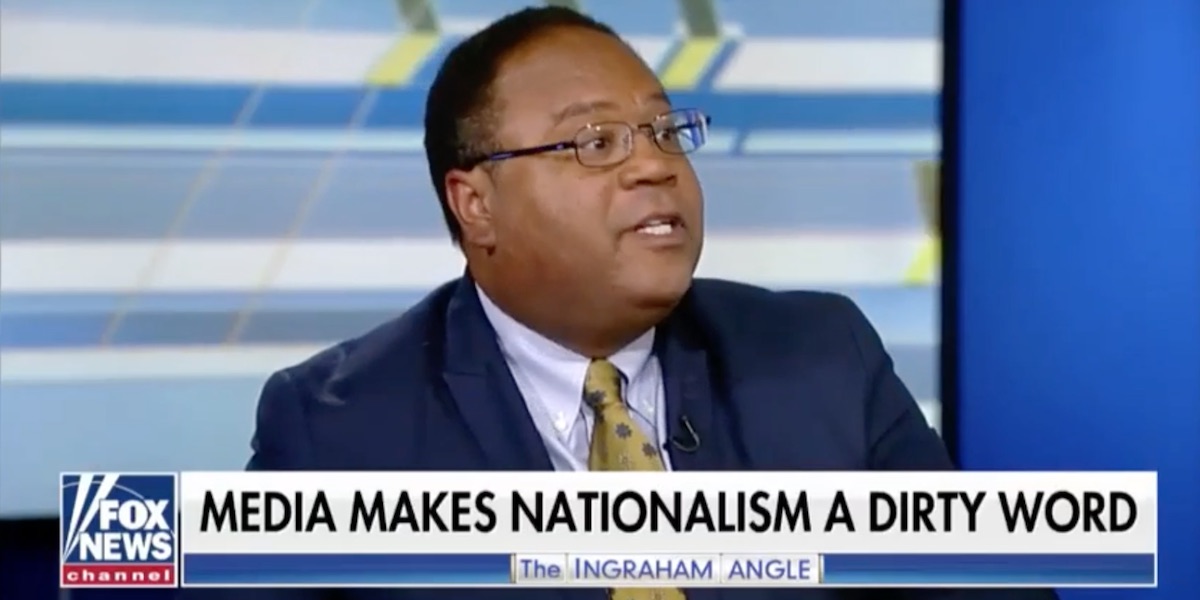 ConservativeBlog.org
Posted at 15:25h in Blog, Project 21 by David Almasi

President Trump’s critics are atwitter over his recent comment in Texas about being a “nationalist.”

Horace Cooper, a senior fellow with the National Center, explained simply on the Fox News Channel that “[t]he President loves this country” and “is working diligently to make it better for people who live in this country.” Those are the roots of his nationalism – nothing more, nothing less and nothing nefarious.

During a political rally, the President used the term in contrast to having a globalist viewpoint. He said a “globalist is a person that wants the globe to do well, frankly not caring about the country so much… You know what I am – I’m a nationalist.”

Pointing out his observation of this nationalism in action, Horace described the compassion he’s seen on the President’s part at both a policy and a personal level. These examples conflict with concerns raised by liberals and media personalities:

I watched – during Hurricane Harvey – when he went out and was a volunteer helping to distribute goods and services. If you watch the camera and you weren’t paying attention to what the commentators were saying, what you saw was a person that liked the people that he encountered. This president is devoted to this country.

Now, it’s the strangest form of racism that I’ve ever seen that black Americans, Latino Americans and even Asian Americans have done better in this country relative to every other population. The Civil Rights Act was passed because blacks and minorities couldn’t get work. Now, you’ve got five records of unemployment achievement for black Americans. It’s the weirdest form of racism.

One example of the media’s unnecessary alarmism is in its attempt to define nationalism. At the beginning of Horace’s segment on “The Ingraham Angle,” host Laura Ingraham referred to the primary definition of nationalism on the Merriam-Webster website: “loyalty and devotion to a nation.” Contrast that to CNN Editor-at-Large Chris Cillizza, who used the same website but ignored the primary definition in favor of an extraneous description suggesting nationalism is “a sense of national consciousness exalting one nation above all others and placing primary emphasis on promotion of its culture and interests.” Even the Merriam-Webster website qualified that addition with “especially” – something Cillizza left out.

Horace and fellow panelist Preston Mitchum also discussed assertions that black Americans still face immense challenges due to racial animosity. Citing comments made by Florida gubernatorial nominee Andrew Gillum that “people don’t expect much from me” because he is black and that blacks in general are “held to a different standard,” Horace noted that facts dispel such claims. And that race relations continue to be strained because the myth of systemic racism continues to pervade political debate:

You cannot say it’s worse. You can say that we have made substantial progress. Those comments deny that progress and they imply that this country is, in fact, opposed to the interests of black Americans.