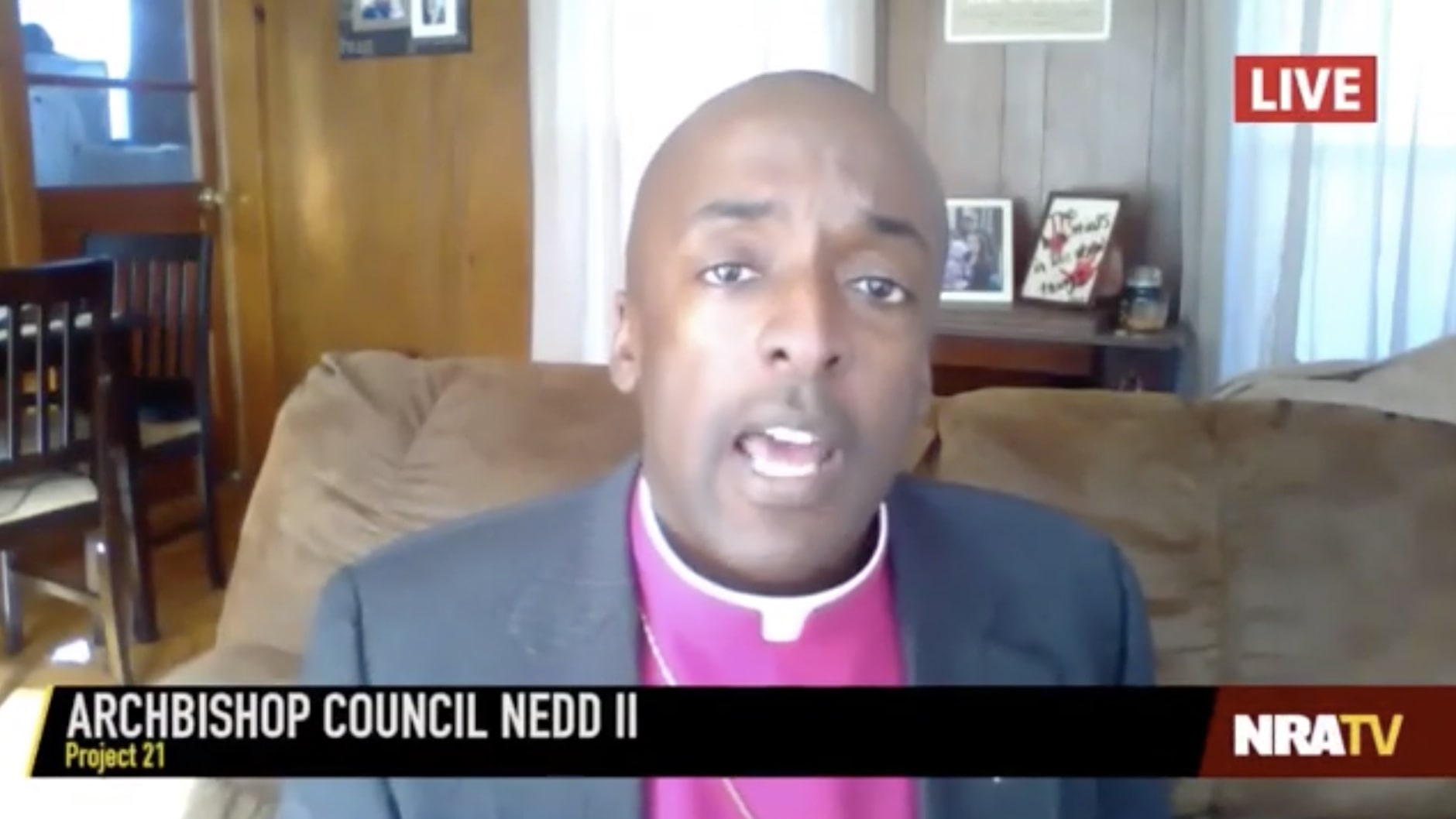 ConservativeBlog.org
Posted at 20:52h in Blog, Project 21 by David Almasi

In a recent Daily Caller commentary, Project 21 Co-Chairman Council Nedd II – an Anglican bishop and Pennsylvania State Constable – revealed that he decided to keep a pistol on his hip during services after a gunman killed 11 people worshipping in a Pittsburgh synagogue. On NRA TV, he reiterated: “I carry my full-size duty weapon with me to church on Sundays now.”

As a constable, Council has served in protective details at local synagogues. He explained to “Cam & Co” host Cam Edwards that many large places of worship and other religious institutions already have armed security as well as additional security measures such as metal detectors. But these safeguards are elusive to most small congregations:

That’s cost-prohibitive for probably more than 90 percent of churches across this country. So then, what are you to do?… Just be left to the whims of whatever evildoers are walking around on the streets who attempt to walk in and invade your worship service?

I would make a strong argument that churches need to protect themselves, need to know how to respond in an active shooter situation.

When asked about his own decision to carry a .40 caliber pistol while he preaches, and if it caused any concern or protest from parishioners or church leaders, Council said:

Being the bishop and the rector of the parish, I can take some liberties and make some decisions on my own. But the fact is our church is in rural Pennsylvania. We have a lot of people who carry weapons in church on a regular basis.

And, as the shepherd of the flock, I have an obligation to provide for the welfare of the sheep I’m protecting from the wolves… We’ve got lots of evil, unchurched people who are out to do harm to those they view as soft targets. And St. Alban’s Anglican Church in Pennsylvania is not one of those soft targets.

With overwhelming evidence pointing to the Pittsburgh shooting being motivated by antisemitism, Council noted there are a growing number of “unchurched” people who may not have received the same moral and inspirational benefits of their peers and previous generations. With hostility increasing toward the faith community, he warned that many church leaders now must deal with a dual mission of protecting their congregations both spiritually and physically:

The fact is that, you know, church attendance has declined over my lifetime – period. So the result of that is that you’ve got a society probably more full than ever of unchurched people.

And so you’ve got a bunch of people – most well-intentioned – trying to figure out their way through life… But then you have some people who, you know, for whatever reason, didn’t grow up with the idea that “oh, I need to be a good person.” And you’ve got a bunch of notorious evildoers out there who are out to do harm to people in general. But, you know, you’ve got another subset of that – for whatever reason – that the church is their enemy and they need to do whatever they need to do.

But what I say is that the people of faith – we who are left, we who still go to church, people who are churched – need to spend time and actually pray for the souls of those who are out there doing this evil. We need to pray that God softens their hearts and brings them to Christ. And that’s what we need to do. That’s our obligation.