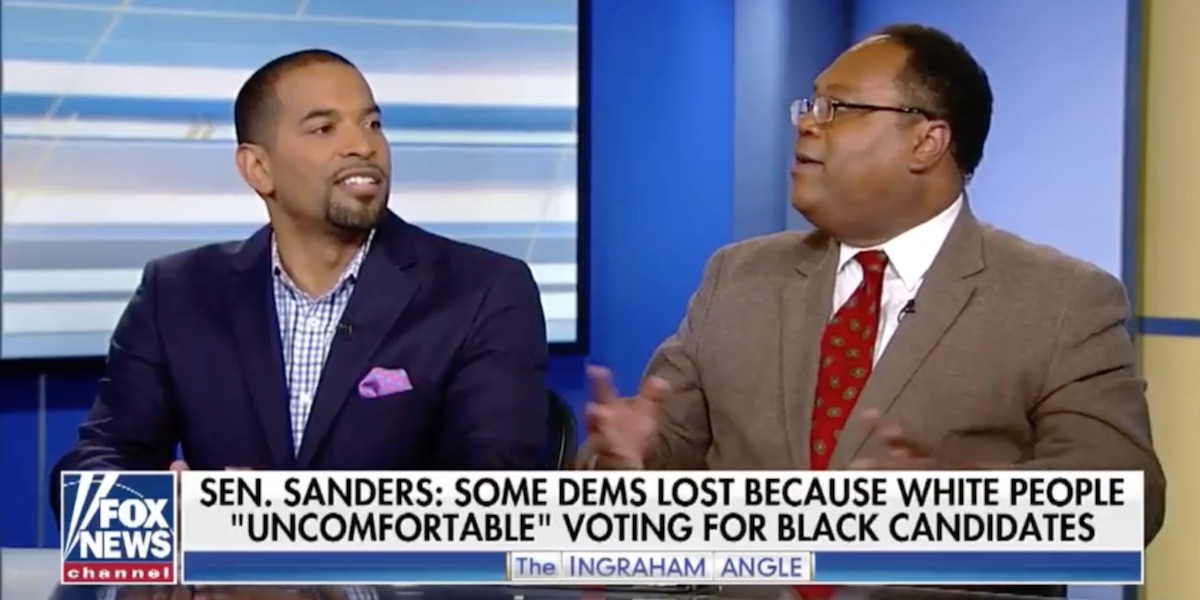 09 Nov 2018 Politicians Lose Because of Extremism, Not Race

Racism was “not a factor” in recent election results, says Project 21 Co-Chairman Horace Cooper, adding that it is “ridiculous” to perpetuate the notion that racial bias played a major role in influencing people’s voting behavior.

On Fox News Channel’s “The Ingraham Angle” last night, Horace rebutted allegations made by Senator Bernie Sanders that liberal candidates who were black might not have won because “white folks” were “uncomfortable… about whether or not they wanted to vote for an African-American.”

Horace, pointing out that the real problem is a politician’s extremism, said:

Bernie Sanders should recognize – if you come up with an extremist progressive agenda, it doesn’t matter what your color is. People are going to reject you…

You can’t be an extremist and win. That’s the real issue here. Don’t call it racism. Let’s have a real conversation.

Host Laura Ingraham noted “it kind of ends the conversation” when the racist label is invoked since leftists don’t believe those they tag with the word “deserve a debate.” Horace explained:

Calling them out as bigots, or somehow uncomfortable with blacks, doesn’t serve any interest. In fact, it sets us back.