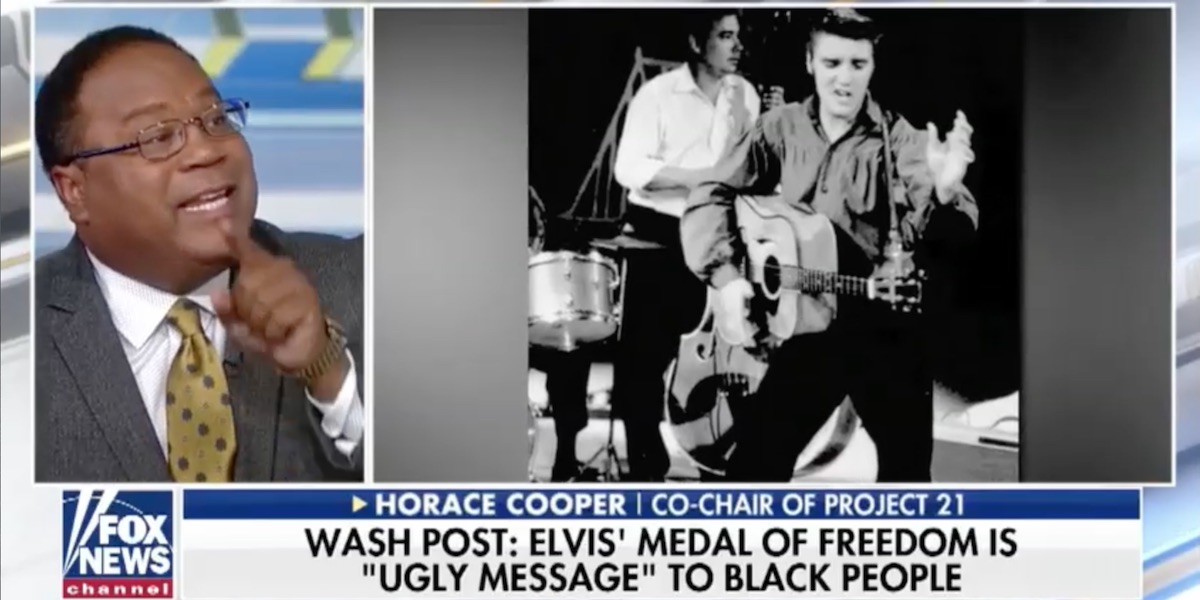 Elvis Presley was posthumously awarded the Presidential Medal of Freedom by President Donald Trump today. According to the Washington Post, this honor was an act of dog-whistle racism.

If you ask Project 21 Co-Chairman Horace Cooper, the criticism instead shows that “[t]he left has just jumped the shark.”

But Elvis was singled out by Post culture critic Chris Richards, who wrote that the decision to honor the person who introduced so many people to rock-and-roll music was simply President Trump wielding his “cultural cudgel.” Richards said it is “a little nod to the good old days, back when black visionaries would invent rock-and-roll, but only a white man could become king.”

On the Fox News Channel’s “The Ingraham Angle,” Horace laughed off liberal commentator Jonathan Harris, who claimed the “optics of what Elvis represented was racism.” Horace replied that “to bring him up as a divider when he actually united Americans with music” was “a real shame.”

This individual was so accomplished he sold albums that blacks, whites, browns, America enjoyed, America celebrated. He was America’s hero… And it’s a real shame that people would look at his achievement and say “we want to hold that back because we think this is somehow a secret dog whistle for a racist agenda.”