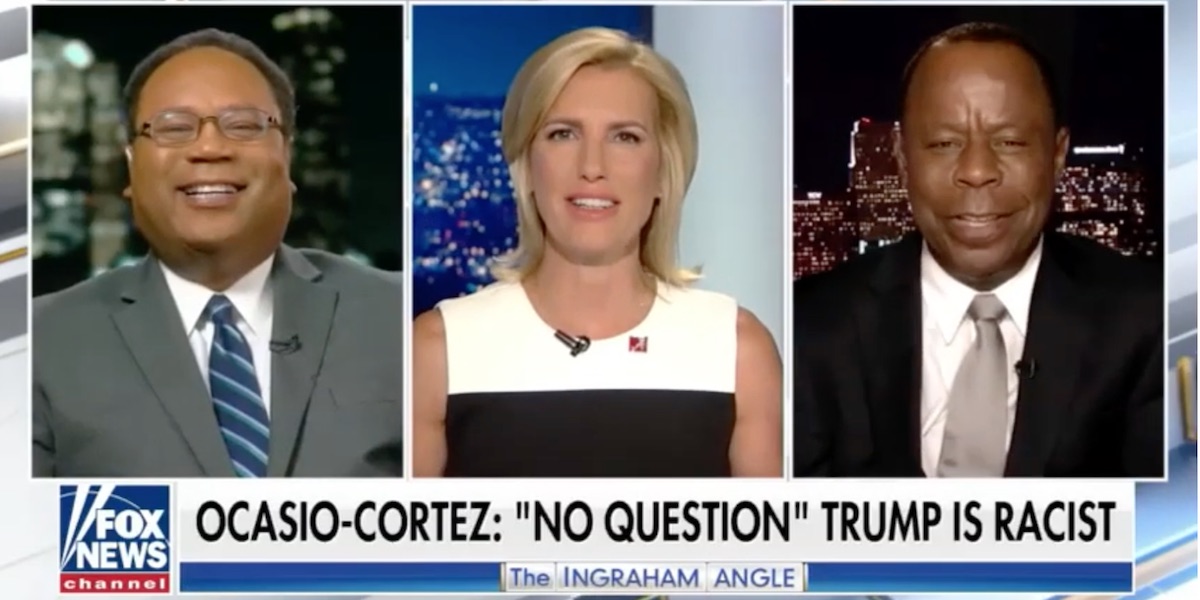 Liberals regularly claim that President Donald Trump hurts minorities because of comments they assert are a “dog whistle” to racists. Noting how much the President’s policies are actually benefiting minorities, Project 21 Co-Chairman Horace Cooper called this the “weirdest” expression of intolerance he’s ever encountered.

In a recent segment of “The Ingraham Angle” on the Fox News Channel, Horace suggested “we hold him to the amazing” results of his policies before leaping to any radical conclusions about President Trump’s beliefs.

Horace and attorney Leo Terrell appeared on Laura Ingraham’s show to comment on Representative Alexandria Ocasio-Cortez’s recent “60 Minutes” interview in which she told Anderson Cooper there was “no question” in her mind that the President is a racist.

Horace noted that any instances cited as dog whistles to allegedly encourage or promote intolerance actually pale in comparison to the outreach and the accomplishments the Trump Administration has made in promoting economic improvement with particularly positive results among American minorities. Horace said:

This is the weirdest Klan rally idea I’ve ever heard: Let’s get the lowest unemployment for blacks ever.

But critics such as Ocasio-Cortez and Terrell appear to prefer to focus on the anecdotes over the big picture. Terrell said he disagreed with Horace on “everything,” elevating the allegations about dog whistles above results such as lower taxes, more jobs and certain criminal justice reforms.

Crying wolf over dog whistles, Horace pointed out, is a political tactic that could actually have the same terrible results as Aesop’s fable:

[T]he only reason this is being done is to encourage and create a political wedge to try to motivate black Americans as well as other groups to support radical, progressive policies. That’s the real issue, and we’ve got to push back against it because it’s a lie and it also diminishes the real actions where bigots and racists actually live.