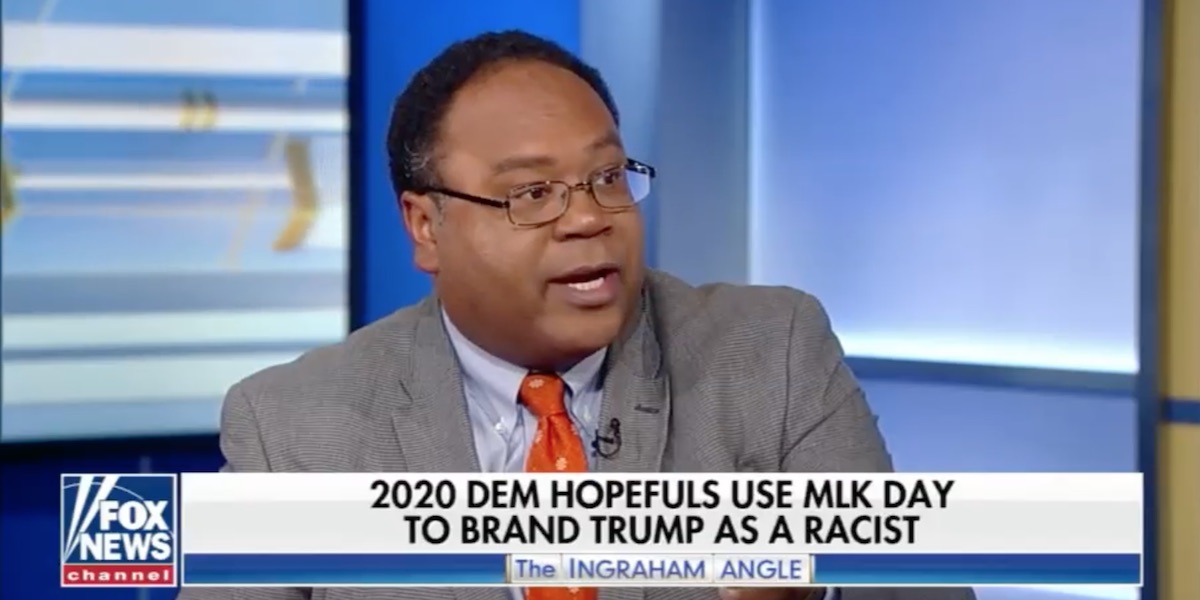 At an event put on by Al Sharpton’s National Action Network, Representative Hakeem Jeffries – a member of the new leadership in the U.S. House of Representatives – called President Trump the “grand wizard of 1600 Pennsylvania Avenue.” In case anyone failed to recognize that comparison to Ku Klux Klan leadership, Senator Bernie Sanders flat-out said the President is a “racist” during a rally with NAACP leaders and fellow Senator Cory Booker on the steps of the South Carolina State Capitol.

In contrast, Project 21 Co-Chairman Horace Cooper notes that great opportunity and prosperity are occurring under the Trump Administration, particularly for black Americans, and says that, if these wild allegations of racism are really true, it is the “weirdest” Klan strategy yet to try to hurt minorities.

In an debate on the Fox News Channel program “The Ingraham Angle,” Horace faced off against attorney Leo Terrell. Asked to explain how the President’s critics can so comfortably use such a powerful term as racist against him, Terrell relied almost exclusively on public opinion polling, claiming large numbers of Americans agree with the racism allegations.

But, as Horace pointed out, perception is not reality.

Horace remarked: “We keep forgetting the reality. The reality is real American lives are improved.”

Horace and host Laura Ingraham noted that, if one relies solely on perception, there is a stunning contrast in the way President Trump is treated by his political opponents and the media in contrast with how they treated his predecessor. Horace explained:

What we have seen is the President’s policies have been amazing for blacks, for women, for browns. For America, [it] has been amazing.

This is the weirdest Klan mindset I’ve ever heard. I can’t believe you’d go to a Klan rally and hear them yell, “more jobs for blacks!”

But yet, when Barack Obama’s policies destroyed the livelihood of Americans, I never heard a single one of those criticisms. Actions that were hurtful versus misinterpreted rhetoric.